Are you the flower or the bee? 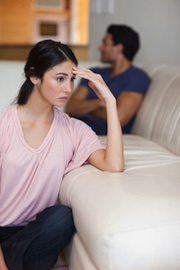 If you think might makes right, you’ve got it all wrong

I got a call the other day from a woman who had seen my posts in The Daily Love community and I thought her issue would be a good concept to share with you. Oftentimes, when I get the call, people are already at their wit’s end with a situation. As you might expect, people don’t really think about fire prevention until there’s a full-blown inferno. Of course you CAN wait until you have a big unresolvable problem if you like playing with fire…but I don’t recommend it.

The bridge is burning

The young woman on the phone was distraught because very early on in her relationship with her boyfriend, he asked her a question that she found way too personal for that stage in their relationship. Rather than set a boundary and speak her truth, she did what many people choose to do instead…she lied. Sure enough, the relationship continued and somewhere down the line, the truth was eventually revealed. As you might expect, he called her on her story.

If honesty is the best policy, why do people choose Plan B?

The lady on the phone was definitely remorseful about getting caught in her lie…and as is often the case, once trust is broken, it’s hard to get it back. In fact, it was especially hard to get it back with her boyfriend. That’s because he chose to be especially unforgiving and use her indiscretion to continually and habitually punish her. By the time she called me, the guilt and shame were almost unbearable.

There’s a problem with that strategy…

This issue came up for one reason and one reason only. This young lady didn’t have the self esteem to speak her truth when it mattered. That makes it especially unfortunate that her intimate partner – the man who should be her rock and greatest supporter – chose to take back the upper hand by tearing her down.

I can certainly understand that her boyfriend would have some strong emotions about her dishonesty…but his bullying response is not only ineffective…it’s incredibly ill-conceived. You can’t take back power at someone else’s expense (especially when they don’t have any power to spare) and expect to have a deep and rewarding relationship. Real men don’t push people down. They lift them up. Plus if you take a tiny half step back, it’s easy to see that he just taught his girl that honesty equals massive and ongoing pain that doesn’t end. It doesn’t take a genius to see that won’t work.

Where do we go from here?

In order to turn this around, we’ll need to do some self-esteem work on the woman and create a new, more compelling future. We’ll get clear on what kind of relationship she really wants and we’ll help her move toward it by taking back her power. As I told her on her initial call, “You’ll never make yourself weak enough to make someone else strong.” The good news is – people usually attract EXACTLY what they need and without experiencing enough pain about this situation, it’s not likely she’d muster up the drive to change it.

How do I handle a bully?

While my caller didn’t have the strength to stand up to her boyfriend under the circumstances, that’s not an issue for me because I’m not emotionally entangled. Of course I could judge him and confront him but I already know that would surely fail. However, as long as I align with what he wants and offer him a better way, guys actually respond very well to my coaching. That’s because I usually understand them better than they understand themselves. I know they’re wired to analyze and solve problems so I just show them how to win the game, become a hero and do it quickly, effectively and efficiently. That’s a pretty irresistible combination in a man’s world.

What did we learn here?

Love your partner. Love the truth.

I hope the lesson you will take away here is a new and strengthened resolve to speak the truth…YOUR TRUTH…even when it feels difficult. Remember it’s a lot easier to maintain trust than to regain it. And I hope you will also remember that the most beautiful gift you can give – or receive in a relationship – is a commitment to the truth that is every bit as strong as your commitment to your partner.