So do you really want love more than anything? 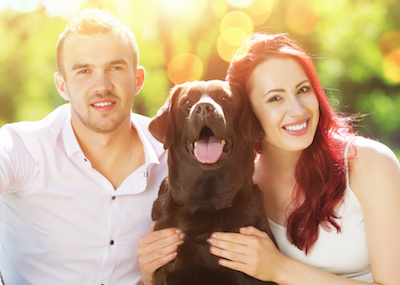 How a pound of prevention could have kept this pup out of the pound.

I often get emails and comments from my readers regarding the articles I publish. Recently one of them had an interesting spin on my usual topic of relationship dynamics so I thought I’d share it and use it as a teachable moment. This particular story shows what happens when the 3rd party in a love triangle really and literally IS a dog and he wasn’t THIS man’s best friend. My reader runs an animal rescue organization and she has observed an interesting dynamic that has become somewhat of a pattern for her organization…not all power struggles occur between people. Here’s part of what she wrote:

“On several occasions I have observed the roles that pets take on in relationships.  In a negative role, one (very lovely and affectionate) dog became the object of all of the wife’s affection to the detriment of the husband.  Eventually he “developed an allergy” to the dog and my rescue took the dog back. In reality, I am convinced that the “allergy” was a reaction to the loss of his wife’s affection.”

For all of my dog-loving readers, let me be clear: I highly suspect this poor dog got a raw deal when he came out on the losing side of a power struggle between a couple. The good news is that he is back in a foster environment where he is cared for well and loved. However, that being said, this article focuses on the human aspects of this scenario. I don’t mean to make light of this pup’s plight in any way. In fact, I’m writing it so hopefully I can educate OTHER people and create awareness so it won’t happen to another innocent dog.

Inside the power struggle

To put it really simply, in any intimate relationship, trouble is brewing any time one partner feels that something else – or anything else – is “more important” to their partner than they are on a regular basis. In this case, it happened to be the wife’s fondness for her dog. Sometimes, as hard as this might be to believe, a father can actually resent the attention his own kids get from their mother…especially if he used to get all the benefit of mom’s love and attention to himself. Occasionally, one partner might feel like they come in second to their partner’s job or career. Sometimes it’s their partner’s family…or maybe their hobbies like golf or working out. Sometimes it’s their volunteer work…the novel they’re working on…it literally could be anything. What do these things all have in common?

That’s right. Anything that inspires people or makes them feel passionate is nothing more than a vehicle to meet their needs as they understand them. Much of my work is based on understanding human motivational psychology and why people do what they do – or don’t do – on a regular and ongoing basis. Essentially, there are 6 human needs and you can remember them using an acronym device I created called The SERVUP Pyramid™. The 6 needs all humans must meet or experience in order to be fulfilled are Service (to others), Expansion (or growth), Relationships (love and connection to others), Valued (or significant to others), Unpredictability (engagement in a variety of ways) and Predictability (certainty that your core needs will be met comfortably). Any time a vehicle meets 3 or more of those needs at a very high level, it can practically become an addiction. If it meets all 6 at a high level, it will be incredibly difficult to change.

Yes, but addicted to a dog?

In our example here, you’d have to suspect that the woman’s dog met every one of her individual needs in a myriad of ways. First of all, her dog would have totally given her the PREDICTABILITY of a warm welcome, a comforting routine, and unconditional love she could always count on no matter what. She probably also had a great deal of UNPREDICTABILITY with all the funny, cute things her dog would do, the walks they took, their other doggie friends, etc. Of course, when it came to feeling VALUED or significant and loving her RELATIONSHIP to her puppy dog, she had to be off the charts when it came to meeting her needs. Then if you throw in that she felt like her dog made her a better woman through EXPANSION of becoming more loving, happy or comforted perhaps…not to mention, she felt like she was SERVING this dog by providing all his needs, it would be easy to see how she could practically be ADDICTED to her little dog. To be fair…if that was the case, it could also explain EXACTLY why her partner resisted and resented the furry object of his wife’s affection. Essentially, he probably felt the dog could do no wrong and got all the attention he wanted for himself…but wasn’t getting.

Can you see how this works?

Now that you understand this relationship dynamic, I’m wondering if you may have something similar going on in your relationship? Maybe it’s not a dog but instead another vehicle? Is your partner begging you to leave work sooner to be with them? Do your kids get all the attention while you feel neglected?

While I don’t know this couple and was never called in to help, if they HAD wanted some help, the key to resolving this situation would have been to shift the focus not to what they DIDN’T want or weren’t getting (feeling ignored or less than) but what they DID want. With a new awareness, some effective strategies and a simple willingness to try, this whole thing could have been prevented and the dog in question wouldn’t have ended up in the proverbial “dog house.” He would have been lovingly co-existing in the couple’s house…and he could have been a source of mutual joy instead of a symbol of resentment and power.