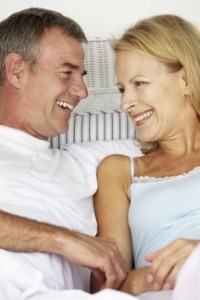 I’ve been working with a couple that I’ve come to admire so much and their story is so incredible, I wanted to share it here. They came to me after a pretty huge issue caused her to walk out…and that created the space for me to help them. Now before you judge these people on the very limited information you know, the truth is they are very good people who love one another deeply. They were simply missing a little awareness and a few workable strategies.

The Roots Of The Issue

While learning how the couple got into this position, I found out she had been repeatedly sexually abused in her childhood by more than one person who should have been her protectors, not perpetrators, for years. She had done some counseling but some of it was so bad, it literally did more harm than good. Through it all, her husband has stood by her side, protected her and their family and loved her through it all. In fact, his wife was the only woman he had ever dated. There was never any doubt how much these two loved one another. Their challenges were simply a matter of not knowing what they didn’t know.

In our first session or two, I focused on healing some wounds, educating them and giving them some new tools. Due to their real commitment, they both made some excellent shifts together and in no time, I began to see them smiling together again. At that point, I wanted to set them up for future success by teaching them exactly HOW to make one another feel more loved, understood and appreciated than ever before. Once the trust had been damaged, it was going to take a concerted effort to get it back. Plus they needed to know exactly how to create win/win scenarios over and over again that were highly valued, not just mildly noticed.

Learning How to Win the Game

In order to teach them both what one another needed in order to feel loved, I taught them both about my H.U.G. & K.I.S.S. Hierarchy™, one of the most powerful tools in my relationship coaching toolbox. Basically, I use that to elicit people’s EXACT love strategies by defining what exactly needs to happen in order for each of them to feel loved? The key is in focusing on the top 3 needs of each partner and making sure those needs not only get met, but also exceeded as a way to bring back the relationship from the edge.

As I went through the husband’s Hierarchy with him, I discovered that his preference was Unselfish Service first, Kind Words second and Human Touch third. When I asked his wife, she said her preference was first and foremost Human Touch…and as she said it, the look of shock on her husband’s face was unbelievable. When I asked why, he said he was stunned because for 29 years, his experience was that she either flinched or stiffened when he touched her so he did everything he could to NOT cause that reaction. The reality was there was still some unhealed trauma from her previous abuse that was still being triggered so I helped them understand how to heal that…and in my next session, I worked one-on-one with her to resolve that. What was really amazing was that I realized something else. I asked him if Human Touch might actually have been even higher in his Hierarchy at one time…but had only gotten stuffed down lower in his preference due to his wife’s response…and he said “yes, I think you’re right.”

Sometimes the best intentions go awry. This man who adored his wife, was an excellent protector and provider who just wanted nothing more than to be her hero. Unfortunately, he made a few mistakes because he didn’t know better and was in over his head when it came to fixing them. Luckily I was able to quickly get them back on the same page again and they are now doing beautifully. In fact, on a recent date, a waitress in a cafe was so inspired by their love and affection, she took a picture of them with her own phone and sent it to them. It turns out she was really inspired by their love and affection. Yep, that Human Touch is powerful stuff…

Check out these kind words from my client herself:

“I had had the benefit of life coaching but one area I was not happy with or making progress in was my relationship and after failed counseling a few years back, my hubby wanted nothing to do with coaching or talking to any so called experts. I was at my wit’s end and had actually walked out on our 29 year marriage which just happened to be the catalyst for change and my hubby finally agreed to relationship coaching with Dave.

Dave’s friendly and kind but very knowledgeable approach put us at ease right from the start. Everything he said made sense and it was a revelation to my hubby that men and women did actually think and communicate in different ways.

We quickly learned our primary love languages and realised we had been getting it wrong for 29 years (obviously we had a few things right to still be together after that long…) but Dave gave us the tools to finally win the game. After only two sessions, my wonderful hubby, who is a very quick learner, was a changed man. We love each other and wanted things to work out but we didn’t know what we were doing wrong or how to make things right. With the right tools and a new perspective we are now finally building the ultimate love relationship and the life we truly deserve together.

Thank you Dave for your insight and giving us the tools we needed to reconnect and make our lives magic again.

Dave is an awesome coach and really knows his stuff when it comes to relationships . We cannot recommend him highly enough. The awesome change in our relationship after only 3 sessions astounds me.