Why controlling your partner won’t work…but ENROLLING them will… 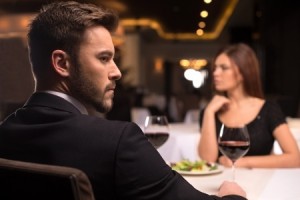 As a coach, I wear a lot of different hats when working with a client. Sometimes, depending upon the situation and the preferences of my client, I’m a teacher…a cheerleader …a taskmaster…and a detective. Today I want to share a story that shows how hard it is to get to the root of an issue that’s hiding in plain sight.

Recently, I was working with a client who was in a relationship with a woman he totally loved and adored. She was really into him, too because he had done a lot of personal development and sent her the most amazing notes and texts that touched her heart. Sounds great, right? Well…actually it wasn’t. This guy who always seemed to know the right thing to say just wasn’t backing up his words with action. It caused her a great deal of frustration because she knew he had it in him…but he wasn’t stepping up very well at all. The truth is, it frustrated him too in many respects because he was so locked up “in his head” that he was constantly over-analyzing EVERYTHING. To make matters worse, as she began to lose her patience, her words became more and more sharp and she even had the nerve to tell him he had unresolved issues with his mother…which came as a bit of a surprise to him. He didn’t see it at all and maintained that it all was “fine.”
Eventually, she just couldn’t take it any more and she ended it with him pretty abruptly…which is what led him to me.

After the breakup, my client was searching for answers and they just weren’t coming. That’s why it can be so helpful to have an objective opinion from a coach who is on your side and wants to see you “win the game.” Together, we were able to make some very distinct changes in a short amount of time.

• We saw how his over-reliance on certainty was affecting his actions and we shifted that in a way that more closely met his true needs and desires.

• We realized that there were some unresolved wounds from his childhood relationship with his mother and to his credit, he took immediate and decisive action in healing that. In the course of doing so, he saw big changes in the strained family dynamic with his other siblings. He even had other family members notice the change in him as he became more present, relaxed and willing to help.

• By owning his mistakes and addressing them proactively, he’s also been able to reopen the lines of communication with his ex and has made some progress on mending that relationship despite the way it ended abruptly.

• My client also has a sense of closure about the whole thing and has embraced the tough lessons he learned in gratitude.

There was just one issue remaining unresolved…

In our most recent session, I was so delighted with his progress on multiple fronts. He had made huge leaps forward with his family and resolved so many lingering wounds…we just hadn’t yet figured out exactly WHY this man who had done so much personal development work was performing so far below his capability in his intimate relationships. As I was celebrating his remarkable turnaround with his mom, he was sharing how he had spent considerable time with her and hadn’t been triggered once by the things that used to drive him crazy. He even mentioned in passing how much he used to HATE when his mother would impulsively make decisions that drove him nuts but it didn’t bother him at all. At that point, I needed to inquire about “what specifically” was it that used to make him crazy? Was it the recklessness? No. Was it the lack of intelligence? No. I asked him a few other things and as I pushed him slightly, the answer finally came to him and it almost surprised him when he uttered the words out loud. “It was her ‘need to control the situation.’”

At that point it hit me clearly that as a young child, my client linked up making “quick decisions” with his mother’s “need to control situations.” He hated and resisted that behavior so much that he essentially vowed to “never be like her.” Where he saw her emotion-based outbursts as reactionary and prone to flying off the handle in what he perceived as her insatiable need to control everything around her, he learned to value and prefer it’s polar opposite energy. That’s why he started carefully weighing alternatives, taking measured action, and being very tentative in his approach. By uncovering this unchallenged belief hiding in his “blind spot,” we can now actually ADDRESS that belief and give him the new awareness and skills that will open up new possibilities that can serve him.

Here’s the problem with that…

Of course it sounded like a sound analysis of the situation in his masculine, logic-based, young mind…but there was one problem he hadn’t considered. If he was going to be in relationships with feminine women who navigate the world via emotion…he was going to struggle…and fail…again and again. Women appreciate and value a man who takes decisive action because they have a need to feel safe. Being indecisive “feels” uncertain and is just totally uninspiring. Now that we’ve discovered the “root” of what kept him stuck, let’s just say we’re ripping that out “for good.” While it’s unfortunate that my client had a profound and costly learning experience with someone he really cared about very deeply, I believe he got the lesson. He now knows full well that he can’t talk his way out of a problem that he behaved his way into…and I’m confident my client won’t be “playing small” any more when it comes to his relationships with terrific women.