Reflections on my wedding day! 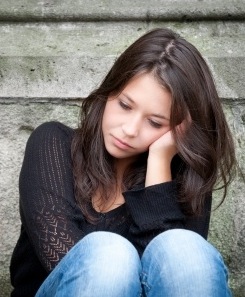 It’s not a coincidence – it’s a PATTERN – and understanding it will set you free.

I had a huge breakthrough with a client recently and I got permission from her to share it in a blog so I could serve others who may see themselves in this scenario.

My client has been making big progress for some time now but even though she’s nearing the age of 30, we are still busy healing the foundational damage that was created by a mother who had a variety of mental illnesses. Her mother’s illness led her to commit, enable or allow a wide range of traumas that a healthy and well-adjusted mother simply would never allow. Even though her mother’s illness was far more severe than most, the fact is, even children of “pretty good parents” are affected by the unresolved wounds of their parents, no matter how well-intentioned. From “helicopter” parents who hover over their kid’s every move to keep them safe…to harshly punitive and critical parents who seek only to create “perfect” children…even if it means beating them…these behaviors are rooted in a “model of the world” these parents adopted in the their own childhood years.

While my client suffered greatly at the hands of her Mom, the positive upside of a bad situation is that she is an incredibly sensitive, kind-hearted woman who has more compassion and willingness to make a difference than any random crowd of a dozen people. In essence, her whole life has become an unconscious attempt to “right the wrong” by making a career and a successful life of helping others…but the soul she most needs to heal is her own. In a study of Spiral Dynamics or the evolution of consciousness, she’s a true “greenie” – meaning that she is driven by compassion, helping, harmony and ecological behaviors that serve humanity. By contrast, her Mom operated from “Red” Power God energy that was all about meeting her own needs at any cost…even if it came down to ruthless strategies based on the idea that “might makes right.” It was as we were discussing this concept that she said something truly revealing that completed the whole puzzle.

A slip of the tongue?

While talking about how she could find and connect with other like-minded souls in her new city, I jokingly said she needed to find some other greenies and suggested some great places to find them where they already are anyway. That’s when she provided the “missing piece” that solved the whole thing. Although we had discussed her most recent boyfriend several times, for the first time, she labeled him as a Red energy type. In her previous random comments and anecdotes about him, that aspect of his personality hadn’t really revealed itself as a pattern. When I questioned her about this, she was beyond sure that he lived in Red energy and proceeded to give me several more instances I hadn’t heard about previously where the trait was revealed.

For the first time, it all became clear. My client has spent her whole life trying to prove that she could have a successful and loving relationship with a Red energy type…and all it had gotten her was pain. It wasn’t the desire that was flawed – it was the strategy! In other words, you can run east all around the globe chasing a sunset and you’ll never catch one…because the sun sets in the WEST. Likewise, she was spending her life trying to prove she was “lovable” and “worthy” by constantly trying to find self-centered, angry narcissists who would treat her well…and ironically enough…something always happened to deny her the prize. Hmm, go figure… The ex-boyfriends…the hard-hearted bosses…the girlfriends…and of course, her Mom…every one of them would eventually “turn on her” no matter how hard she tried to just be “good enough.”

Can you see how this works?

It’s always easier to see an issue when someone else is doing it…but I wonder if it’s possible that you might have a “previously” invisible pattern that now makes infinitely more sense? In other words, there is a huge difference between RANDOM ACTS that just seem to happen again and again inexplicably…and PATTERNS OF BEHAVIOR that are not only obvious to an informed outside observer but entirely PREDICTABLE responses to your own behavior.

Do you have a pattern of behavior that’s not working for you?

Do you find yourself having the same types of relationship struggles again and again with different people? Do you find yourself NOT doing the things that you say you want to do? Does it feel like you constantly take one step forward and two steps backward? When these types of things happen, do you get down on yourself, beat yourself up or worse? If you said yes to any of those questions…or countless others that are similar…I would suggest to you that you don’t actually have the “character flaw” that you’ve beaten yourself up for in the past. What you have is a BLIND SPOT. The truth is if you KNEW better, you would do better. If you’re not an expert in human motivational psychology, understanding Love Languages or the science of Spiral Dynamics just to name a quick few…maybe the answer to your challenges is FAR, FAR simpler than just beating yourself up again and again. After all…that hasn’t worked…ever…and it won’t work the next hundred times either. That’s because I submit to you that the answer is NOT being HARDER on yourself. The answer is in being SMARTER and finding someone who can help you see and recognize the invisible blind spots that keep silently and invisibly tripping you up without warning.

Since my client has seen this dynamic for what it is, she has been far more conscious of what she was doing – and WHY she was doing it. She no longer feels the need to pursue Red energy types to prove her worth. Plus she’s even turned the corner and seen a whole new dynamic emerge with her mother. As she has empowered herself and quietly speaks her truth…things are entirely different with her mother. I’ve written about this phenomena many times before: you’ll never change anyone else in this world who doesn’t want to change…but when you change YOU…the people who used to challenge you, magically just kind of shift.

If you’re tired of facing the same old struggles again and again and you just want a better way, let’s set up a time to talk. My gift to you. After all, doing everything the hard way is highly over-rated. I can show you how to eliminate the constant struggle and instead, actually get PULLED TOWARD the life you want to lead.