It’s not only your weaknesses that sabotage you. Sometimes it’s your strengths. 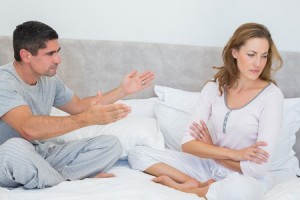 If you can remember The 6 A’s of Effective Resolution, you can solve arguments rather than starting them

I’m a big believer in proactively speaking your truth and having authentic conversations when an issue arises and I help my clients do just that. That’s because left unspoken, resistance builds up over time until it becomes resentment, rejection and finally total repression. At that stage, you have a real problem on your hands because both parties become entrenched in their positions and the object of the game becomes about winning and saving face. In my way of thinking, I’d much rather kill the monster when it’s small instead of waiting until it’s grown huge, gotten angrier and is way more formidable.

Here’s how this is supposed to work

Recently I had a client who needed to have an authentic and vulnerable conversation with his wife. They had both suffered a breach in trust and while we had come a long way in rebuilding that trust and strengthening it, we hit a point in the work where an issue needed to be addressed and I wasn’t able to do it in a joint session with them prior to his business trip. While I was working with the husband one-on-one in a session, I reviewed exactly how he could do that in order to move toward resolution quickly. In fact, we even did some role playing a few times with me playing her and him opening the conversation. We went through it a few times and each time, I coached him on specific nuances of how certain comments, words or intonations might be received…or should I say…how they MIGHT NOT be received as well. After a few rehearsals, it was up to him to open the conversation at the right moment and time when he had an opportunity.

How it actually worked

Unfortunately, let’s just say the opportunity wasn’t presenting itself prior to his impending business trip so despite our practice and preparation, the discussion turned a little bumpy at first. Rather than smoothly transitioning into it at the right place and time as we had planned and practiced, the words just spilled out of his mouth in a bit of a jumbled mess that at first, sounded to her like a less than gracious accusation. Rather than a calm and productive expansion of common ground, it became a bit of an uncomfortable backpedal at first as the husband realized he hadn’t presented his case the way he’d hoped at all. Again, as I said earlier, we had already made a great deal of progress in our earlier work and both of them quickly recovered and worked it out beautifully…but not before a few awkward moments.  As a result of that experience, I developed some simple and easy to remember tips for you that will help make your next “difficult” conversation a great deal easier. That’s because all you have to remember is these 6 simple A’s if you want to learn how to be an influential master of problem solving. You can remember 6 steps, right?

The 6 A’s of Effective Resolution

1) Avoid accusations.
As I said, my client started off on the absolute wrong foot because his initial comments could have been construed as an attack or an accusation on his wife even though he didn’t mean it that way. The problem with that is that it puts your partner on the defensive and the walls come up IMMEDIATELY. Let’s just put it this way: the first rule of AVOIDING ‘The Fight Club’ is not talking about something that sounds like an accusation. 😉 That means your statements should use words like “I feel ______ and I’d like to discuss how we can resolve this and make it a win/win for both of us.” If you’re using words like “you always do this…” or “you never do that…” – these are accusations and gross exaggerations. Avoid these at all costs!

2) Ask for permission to probe.
Before you just launch into a discussion out of nowhere, be respectful of your partner’s time and attention. Let them know there’s something on your mind and that you’d like to discuss or resolve it with them. Whatever you do, however, don’t start with the words “we need to talk” – that’s a terrible way to open a conversation on defensive terms. If it applies, lower their reluctance and take away any reservations by saying things like “it’s nothing you did” or “I’m not angry.” This makes them immediately relax and opens up a place where an agreement is possible. Now of course, if you are angry or they DID do something, this statement comes off the table. Lastly, set an expectation for them. Say this conversation should only take maybe 15 minutes or 30 minutes, whatever you think and ask “when would be a good time for us to discuss this?” Oftentimes, this setup will open their curiosity and lower their reluctance and they’ll “how about right now?” That’s about as perfect as it gets. Just be sure to stick to the time expectation you set and agree to come back and regroup later if they want to hold to the time agreement.

3) Acknowledge your role
If you want to immediately signal to your partner that you’ve switched gears into problem-solving mode – and not BLAMING – there’s no better way than by admitting or owning the role you may have played in a certain dynamic. For instance, you could open a conversation by saying something like “To be fair, perhaps I didn’t make it clear how important it is to me to ____ so let me explain WHY that’s important to me…”There’s a reason this is so incredibly powerful and effective in dispute resolution. One, it unleashes the Law of Reciprocation and it makes the other person far more likely to concede their role in a situation as well. Secondly, it harnesses the power of vulnerability which is a powerful transformational force that is highly influential and thirdly, it puts both parties squarely on “the high road” toward mutual resolution.

4) Assist me in understanding…
This step signals to your partner that you absolutely want to first seek to understand them, rather than looking to simply dig in, reinforce your argument and make sure they understand your viewpoint. It’s all about courtesy and leading with that approach first greatly improves your odds that it will be returned to you as well. It’s about probing for what specifically has to happen for both of you to come away feeling good with a win/win scenario that works. The key is making sure you both feel good, understood, seen and appreciated.

5) Articulate as a request not a complaint.
This one is so important also. As I said in item # 1, launching either an accusation or a complaint only creates immediate pushback, defensiveness, arguing or even stonewalling. That’s far from productive for either party. It traps both parties in an endless loop of “who’s right?” and your chances for a successful resolution go by the wayside. Instead, I suggest you start with this simple established premise: “my partner is a good person, doing the best they can with what they have in the moment, and of course we both deserve to be loved and have our needs met in the way we want them.” This single declarative statement – if you can both agree to it – is the foundation for a rock-solid agreement that can successfully bridge the gap of your temporary disconnect.

6) Action Steps
Just as I do with my coaching clients, an agreement or a decision is never “official” until some sort of action is taken to create the result you’ve both agreed upon. That’s why it’s important to outline and summarize the action steps that will be expected by both parties to insure you’re both on the same page about expectations. This includes details like timelines (you’ll do what by when?), metrics (how many times per week? for example) or remedies (here’s how we’ll make sure we both stay accountable for the goal). If you think this sounds like a negotiation of sorts…it is…and that’s exactly how successful partnerships remain intact and flourishing long term. Isn’t that really the outcome you were after anyway?