Leading From The Feminine: how to go farther, faster & with much less stress

What if you’re not really at all who you think you are?

Reflections on my wedding day!

Leading From The Feminine: how to go farther, faster & with much less stress 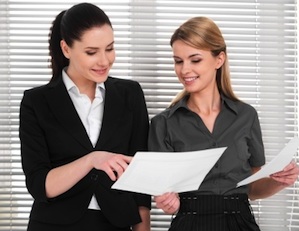 If you don’t know how to lead from the feminine, you may need to get out of your own way first

I might be the unlikeliest champion ever for the power of feminine leadership in history – and as a man – I make no apologies for it. First of all, it has nothing to do with gender and everything to do with ENERGY. Secondly, it’s because as a consultant in human motivational psychology and a trainer who helps maximize human potential, I see the tremendous power and raw effectiveness of it every day when it’s done well. Furthermore, as a Relationship Expert and Coach who works with countless incredible, burned out, frustrated and stressed out over-achieving women all over the world, I’ve also seen the tremendous damage, emotional toll and health costs associated when it’s overlooked or under-valued.Let me be crystal clear here: there are some outcomes that simply CANNOT be attained using only masculine leadership styles. In fact, that’s one reason why I have so many smart, talented and beautiful clients who succeed in every other area of their life…yet struggle mightily in their intimate relationships…if they have one at all. SImply put, if you want to be truly effective in any situation, it is vital that men and women alike understand and master BOTH styles. In fact, there is also a tremendous freedom and power that comes from owning and embracing the full spectrum of masculine and feminine energy within all of us. So if feminine leadership is such a critical and effective skill…why is it so maligned, misunderstood and infrequently embraced – especially by women? In order to understand the “why,” let’s start by more clearly defining the term “feminine leadership.”

Feminine Leadership: I use it every day.

Again, that probably sounds very strange to hear that from a man but as a relationship expert and coach who primarily serves very successful women, I would be out of business in a month if I didn’t understand the power and balance of BOTH strategies, not to mention when and how to employ them. I have the ability to connect with and create a safe space for healing by harnessing and mastering my well-developed feminine energy. That is absolutely critical in gaining rapport and facilitating healing work. However, it’s my core essence and reinforced masculine energy that allows me to hold my clients accountable, call them on their stories if necessary and be more directive in assigning action steps. In short, I maximize my effectiveness by exercising my entire bandwidth of masculine and feminine energy. Simply put, if I disown or ignore any part of me, my performance suffers because I have no access to its gifts.

If I asked you to describe the key traits of a powerful leader, most people offer words like strong…decisive…analytical…focused…driven or any other number of possibilities, all of which have an unmistakable masculine connotation. Those words are great when you have an intellectual challenge to power through like a new product innovation…but when you have an emotional aspect to a challenge, those words will most likely cause more trouble than they’re worth. Don’t believe me? Try to broker peace in a region where there’s been centuries of distrust and hostility with a simple mathematical or geographical solution. It hasn’t worked, can’t work and won’t ever work. The truth is, analysis and science are woefully inadequate when human emotion enters “the equation.” Feminine Leadership embraces emotion and uses it as a means to the end. It’s about creating understanding. It’s about bridging the gap. Building consensus. It’s about empowering and nurturing others. It’s about collaborating, connecting and care-taking. It’s less about achieving and more about receiving. For many jobs, feminine power will always outperform masculine force. In other words, masculine is all about the push and feminine is more about the pull. A master knows when to use which strategy and as the saying goes, when your only tool is a hammer, the whole world looks like a nail. (By the way, if there’s one thing masculine understands, it’s the importance of using the right tool for the job).

Here’s a perfect example of how feminine leadership traits can be infinitely more powerful and effective than more traditional masculine habits. Not long ago, I spoke with a client prospect who decided she wanted to work with me. However, she was just about to prepare to take the Bar Exam so she said she would get back in touch with me once she finished. I agreed that was probably a good idea at the time…and I just reconnected with her recently to begin our work together. The good news is that she passed the exam. The bad news is that she was telling me what an incredible toll the previous 3 months had taken on her emotionally, physically, mentally and spiritually. She told me how countless times, she broke down crying…overwhelmed…stressed out…filled with self-doubt…dread…and fear. She told me it was the hardest thing she had ever done and she constantly wanted to quit. She wasn’t sleeping. She wasn’t taking care of herself. But she did what she had always done…she powered through…she picked herself up off the ground and pushed. She drove herself relentlessly…toiling away, in private, late into the night. She thought she was hiding the toll it was taking but she wasn’t fooling anyone but herself. She was using every masculine leadership “trick” in the book…and she was paying a terrible cost in the process.

“There’s gotta be an easier way”

Had we been working together when we first talked, I would have helped her make that experience radically different…and every bit as successful. In fact, I’d be willing to bet I could have helped her be even more successful. The reason why is because she did the same exact thing that was sabotaging all her relationships. She utilized all masculine achievement strategies; the same ones that cause adrenal burnout from constantly stimulating a fight or flight response. I would have seen and heard the stress and encouraged her to mix in some more feminine strategies which is absolutely her core energy anyway. I said to her, “how much differently do you think that would have gone for you if you had found a group of other women who were also taking the test…and then divided up your textbook chapters or topics…created flash cards…and then tested one another for a period of time in a study group? What if you all coached and supported one another, while bonding, and instead of breaking down alone and in private, you celebrated your progress with a well-deserved and celebratory group manicure or luncheon at regular and well-earned intervals?” The moment of silence on the other end of the phone was deafening as the truth sunk in slowly. Now I’m not saying she did anything wrong or that there wasn’t some sort of benefit in doing it just the way she did it. What I AM saying is that there’s absolutely something to be said for working SMARTER…not just harder. Do you know why I know that? Because that’s a masculine leadership trait…did you ever notice how men hate to waste energy? 😉

Has this been helpful?

I truly hope you found this information helpful. I really hate to see people struggle when there’s a much better way. The truth is…there are far too few people who really understand feminine energy, define it effectively, teach it clearly or advocate so strongly for its value. In fact, I got yet another powerful reminder of how misunderstood it was when just on a whim, I tried to search for a stock photo for this very blog using the terms “feminine leadership.” It’s unbelievable how few – and how inappropriate – many of those images were for my purposes. I hope now that I’ve given you a much clearer “picture” of what it looks like and how it works, you’ll be able to benefit from it as well. That’s because I see how it totally transforms my clients lives every day and I know what a game-changer it can be when used effectively.