Oftentimes, the answers you seek are hidden in your questions themselves. 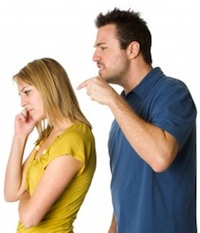 When it comes to Relationship Red Flags, just look for The R.I.N.G.S.™

Anyone who knows my work by now shouldn’t be surprised when I share a brand new acronym that can improve your relationships. Of course, an acronym is a great way to chunk a larger amount of information that makes it more memorable, digestible and actionable. I have to admit though…this one just came to me without even barely trying.

When people ask me what to look for in a relationship, the number one thing always comes down to character. Sure, I understand that intangibles like looks, attraction and chemistry are all important, but they’re just no match for character…especially when you factor it in over time. The truth is – character is a kind of bedrock value that forms a strong foundation you can build upon for years to come. That, in itself, can generate chemistry that continues to grow deeper over time. However, those who value looks over substance may be surprised to find that those looks don’t always hold up quite so well over the long haul.

While I have always taught that it’s better to focus on what’s already really good and condition that behavior so you get more of it, I would never suggest you bury your head in the sand and ignore problematic behavior either. Worrisome or troubling behavior in the early stages is even more of a concern because that’s a time when people are presumably on their best behavior. With that in mind, I give you this list of red flag behaviors that I call The R.I.N.G.S.™ and I highly recommend you take serious note of them any time you notice them.

Be very careful when you witness someone who has a temperment that frequently finds a reason to be angry or resentful. Whether they just seem a little thin-skinned, easily riled or absolutely seething just below the surface, this is one personality type you don’t want to keep around. Even if that anger is directed primarily or (seemingly) exclusively at others, oftentimes, it’s just a matter of time before YOU end up the target of some inappropriate anger. In this particular case, the sooner you leave, the better.

Sure we all like spontaneity, romantic gestures and spur-of-the-moment surprises every now and again. The problem comes when there is little to no contemplation of any possible consequences. In some people, this shows up as blurting out comments without filtering, acting out inappropriately, taking unnecessary risks and having little to no understanding of boundaries or acceptable behavior. This is another personality type that you probably don’t want to be around when the ramifications of their behavior catches up with them.

We all know the type. The narcissist is named after a Greek myth that tells the story of a handsome young man who was so self-absorbed, he fell in love with his own reflection and was forced to lie by a pool and stare longingly at his own image for eternity. The classic narcissist is so wrapped up in their own ego, vanity and desires that others come in a distant second, if at all. Obviously, it would be impossible to have a Legendary relationship with someone who only thinks of their self so you’ll want to leave this one in their favorite place in the world – alone.

Have you ever been around someone who just feels the need to catalog all the various slights, hurts and disappointments they’ve experienced…both real and imagined? Of course if they have to keep track of them, they’re certainly not going to let others forget about them either! At the very least, they remind, taunt and wield power that is fueled by anger and resentment. At worst, they may become fixated on revenge or “righting” some sort of wrong. In any case, you don’t need this in your life. The best way to deal with this person is from afar!

Not to be confused with simple narcissism – although they can definitely overlap – this personality type demonstrates a distinct inability to develop EMPATHY for others. In other words – it’s all about them. Your feelings needs and desires will be of little consequence to them…although they may talk a good game in order to cover up their real agenda. Despite the fact that words can occasionally be deceptive…actions tend to be fairly unmistakable if you’re paying attention. You’ll never find true fulfillment if your partner only cares about their own needs so it’s better to move on quickly.

Rage. Impulsivity. Narcissism. Grudge-holding. Self-Centeredness. Put it all together and it spells nothing but trouble. Here’s wishing that you stay far away from these categories and find a partner with real character. Then you’ll be ready for a ring you can wear proudly and happily ever after.