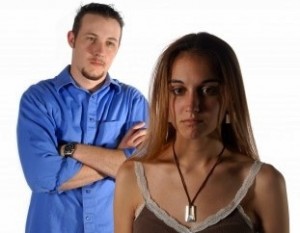 How do you quickly get past hurt & move toward healing?

I was having lunch with a colleague and friend recently and after we finished catching up, laughing and trading stories, she nervously “shifted gears” and announced that she needed my professional help. It was quite clear by the change in her tone and the way she shifted in her seat that she was pretty uncomfortable and reluctant at first despite our close friendship and connection.

How did we get here?

As she began to explain the situation, it was clear that she was unloading a sizable burden as she spoke. That’s because she and her husband hadn’t spoken nearly at all in several days after he hurt her feelings over the previous weekend. It seems her husband hadn’t been feeling very good and as she was trying to share a funny story with him in order to make him laugh and feel better, she was stopped in her tracks when he icily said something to the effect of…”yeah, I know…you already told me that.”

I’ve had a chance to see her and her husband socially and it is very clear that one of their top values and ways in which they connect is their mutual love of humor and fun. My friend was very hurt by not only what he said, but the tone in which he said it. It was made even more hurtful because one of the beauties of the feminine energy is the way it is compelled to nurture and take care of loved ones in need. This can only be expressed when the feminine feels safe…and his abrupt and short-tempered response effectively pulled the rug out from under any sense of safety or desire to nurture that she was feeling. Add that to her embarrassment of having repeated herself and she clammed right up for days.

Inside the feminine experience

Now clearly based on my description, I suspect most of the women reading this will relate to her feelings extremely well. That’s because much like my lunch partner, feminine energy navigates the world primarily via emotions and feelings. That’s also why women are so good at tapping into “women’s intuition.” Think of it as a feminine GPS System of sorts. It’s what I like to call H.E.R.S.™: the Human Emotional Response System

Inside the masculine experience

Now part of the challenge is that masculine and feminine use a totally different navigational system to process the world. Men pride themselves on their ability to use logic, analysis and reason to solve problems because that’s how they prove their worth. As you can see, that’s totally different from the feminine’s process…but it is PERFECTLY complementary by design. I define the masculine GPS as H.I.S.™: Human Intellectual System. Can you see how complementary and effective this system is when it comes to the way the genders relate?

Days later, my friend was still hurt and afraid to open up…while her husband had a totally different response. While it was clear that he knew she was quieter and more distant than usual, he also had no idea how hurt she really felt…because in HIS WORLD, emotions are something the masculine routinely filters out because it just gets in the way and causes problems. And sometimes those problems he doesn’t see have a way of coming back to haunt him…until he gets it…or something changes.

So how do we fix it?

While it’s a whole topic for a newsletter on its own, I walked my friend through my formula for how to open up a hard conversation with her husband and resolve the issue in just a few minutes. Can you imagine?!?! Five days of icy silence and hurt feelings resolved in minutes?!?! It’s something I call “The Win/Win Request” and not only is it extremely effective, when you compare it to the alternative…why in the world would you do anything else?!?! (Click on the link at the bottom of this blog for a reminder on exactly how to resolve conflict with my Win/Win Request)

Within a few days, I checked in with my friend to see how it went. The great news was – just as I said, they resolved it in minutes and they were both relieved to get back to the good feelings they usually had between them. By then, her husband was feeling much better physically and he was quick to apologize sincerely for being so insensitive…once he understood how his wife was feeling. I’ve been with them a couple of times since and it’s clear they’re in a good place…and also a lot of fun.

Right after they resolved the issue, something really great happened. My friend was sharing another story with her husband…and she noticed he was standing there with a power tool in his hand. She would stop talking and he would start to work on his project…and she would start up again…and he would stop and pay attention. After seeing this repeat 3 times, she laughed and said, “okay, I’m done. I can see you want to finish your project…thank you for paying attention to me, though…” He just smiled and replied, “well I wouldn’t want you to give me the silent treatment for another 5 days…”

Isn’t it great when the lesson is learned? Humor really is the best medicine….try it sometime… 😉

Click here for a reminder on how to resolve conflict with my Win/Win Request: