Have you checked your love filter lately?

You say you want love. What you need is leverage.

Are you the flower or the bee?

Have you checked your love filter lately? 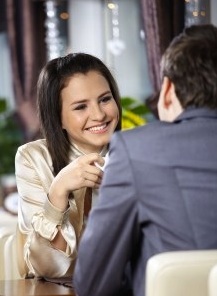 When it comes to love and dating, it’s important to check yourself before you wreck yourself…and possibly many others, too. Here’s a great test for you:
In the last few days, an interesting news story broke and went viral on the internet and in the process, it really captured my attention because it had it all…love, dating, betrayal, values, rules, beliefs, a hint of se*x, intrigue and more. Plus, it was an outstanding example of the differences between masculine & feminine energy – in a very interesting context. So since I’m always interested in providing a teachable moment from which people can benefit, I reached out to my media contacts and booked a TV appearance to discuss it. (Check out the link below & let me know what you think)

Hell hath no fury like a woman (seemingly?) scorned…

The story began with a 28 year-old male banker in New York City who was actively dating online. On one of his dates, he mentioned that he was keeping a spreadsheet of the women he had met or contacted online and his date asked him to send it to her…which he inexplicably did. Since the guy actually was quite attracted to her, he sent it and in the same email, he wrote: “I hope this email doesn’t backfire.” Talk about famous last words. Now the guy’s an international laughing stock because the woman was so “offended,” she felt the need to send it to ALL of her girlfriends under the subject line of “Monday morning entertainment.” But that wasn’t enough humiliation…from there it went viral and now they’re writing about it and talking about it all over the world. Including here.They’ve generated plenty of heat…it’s time we added some light.

I have no interest in salacious gossip-mongering. I simply see an opportunity to create a teachable moment that will hopefully allow people to come together more effectively in love and appreciation. That’s why I do what I do and make it my mission. This story broke because of the woman’s indignation that the man had ranked the women he was most interested in by their looks, interests and his interactions with them. Despite the fact that he rated her a 9.5 out of 10, she took offense…and the rest is history. I’m not going to even comment on the banker’s actions or whether or not what he did was “right.” What I am going to weigh in on, however, is a much bigger issue. I want to talk about how masculine energy processes and navigates in the world.

Inside a man’s world

I write and speak about this endlessly and I will say it again, masculine energy is about solving problems and taking action. In order to do this, it utilizes logic and analytics to zero in and effectively target an outcome. It is also task-driven, highly visually-stimulated and is inwardly-driven to master the tools or weapons it uses to ensure success. In other words, it’s about being the hunter and nothing is more important than being a successful protector and provider. There is no room in hunting for emotion; it would simply get in the way of the hunter’s outcome if he became consumed by how his prey “felt.”

In dating, masculine energy uses these same skills and adaptations to “solve his problem”…in other words, find someone to date. Now, of course, a man must evolve past his most primitive inclinations in order to become fully actualized, but it would be a mistake to try to make wrong the very drives that have insured our survival as a species. Just because he kept track of his “data” in a known and comfortable medium, there’s no reason to assume that is a reflection on the women involved.

When I look at the banker in question, I see a man using his masculine instincts to “hunt” a woman to date. However, the woman in question…she clearly saw something very different. She made him wrong because she’s clearly not aware of the very information I just shared with you. I don’t mean to necessarily make her wrong either because she just “felt” the situation through her filters – and it clearly didn’t feel good. Here’s why. The feminine energy navigates the world primarily using emotion and as a gatherer, rather than a hunter, her number one need in this world, with good reason, is to feel safe and protected. I suspect seeing herself “ranked” amongst her “competition” didn’t exactly feel “safe” either. Remember this: when a woman doesn’t feel safe, she shuts down, flees or lashes out. It’s called fight or flight and this lady took it a step further. She shut down any regard she felt for this man as a human being. She ran back to the “safety” of her girlfriends and never looked back. Then, just for good measure, she made sure she thoroughly emasculated the guy publicly…and the sisterhood went right along with her. I don’t mean to make that wrong either because when the sisters support one another, healing can begin. However, sometimes it can go too far – right, ladies? It now seems this man has been so thoroughly embarassed, he has closed his dating profile and not shown up for work either. Who knows what long-term and lasting psychological effect he may take from his little “lesson” that he now calls his worst day ever?

What can we learn from this?

Let’s take another look now though using what we’ve learned – and the beautiful gift of hindsight. This story offers an outstanding opportunity to check your relationship “filters” and make sure you’re open and accepting for love. We all see the world through our own personal experiences, beliefs, values, rules and biases and those factors will create your destiny.

– If you thought the banker was “creepy” (which, by the way, came right out of an internet headline) or if you still believe she and her girlfriends were justified in what they did…we should probably talk about how that’s going to affect ALL of your relationships – with anyone. As I pointed out yesterday, if the woman felt justified in distributing it just because of her “perceived” offense…can you imagine what it would be like to actually be in a relationship with her?!?! “He hurt my feelings…I’ll show him.” Obviously, it seems there are a lot of people in her circle that got on board with that belief also…and that is truly unfortunate. That belief is toxic and it will come up again and again in her life because what you do in anything is what you do in EVERYTHING. What if it’s okay to just move on without exacting revenge or humiliating people?

– If you have a newfound understanding of polarity (masculine and feminine energy) and why humans do what they do and this makes sense to you, you are well on your way.

– If you can come away from this story realizing that everyone involved did the best they could, in the moment, with what they had – and still see how tragically avoidable it all was, you are on the way to having some very rewarding and satisfying interpersonal relationships.

– If you can understand it all, appreciate the value of how we all benefitted with this new wisdom and – you can still have compassion for all parties involved – you, my dear friend, are on the road to mastery. You are a gift to those around you…and hopefully a very near and valued friend of mine.

– If you have a harsh values judgement about me or anything I wrote, I hope you’ll address it with me personally and we can come to some kind of understanding. The good news is – at least you read this all the way to the end. And I appreciate you.

To see the interview on this story, check out: https://legendaryloveforlife.com/resources/tvmedia