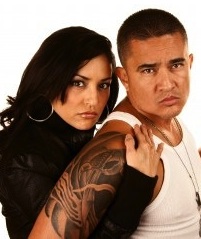 Just the other day, I asked my new client to describe the kind of man she was looking for and let’s just say her answers were very revealing. She tried to tell me she likes the classic alpha male, the ultra-rugged, bad boy who will “put her in her place” and “not let her get away with her crap.” Hmmm, I’ve heard this many times before…so the obvious question is – if 90% of the women who are honest about their preferences are attracted to maybe 10% of the male population…it’s easy to see some patterns emerge…and it’s easy to see how that might be a problem due to sheer competition and statistical probability. However, there’s a number of other even more important factors to consider.

So here’s what I now know

There are at least two major problems with my client’s current strategy – and make no mistake, she is running a strategy – even if it’s far from strategic. What she really wanted was a man who could make her feel like a woman just because he was totally occupying the masculine space. Nature abhors a vacuum so if he’s got masculine covered, the only place for her is in her feminine. Since she is actually very feminine at her core – but doesn’t live there in her day-to-day life – it feels really good to go there. In fact, I would equate it to “going home.” That, alone, is a great by-product of the relationship.

It hadn’t really occurred to her that she could control her own behavior and feelings and CHOOSE TO step into her beautiful femininity any time she wishes. As I said, nature abhors a vacuum no matter who “goes first” so if she is flowing and feminine, chances are very good that most men would step even more into their masculine…especially if you notice it, compliment them on it and let them know you find it really attractive. Now selection is still key and I’m not suggesting you try to find the most feminine guy you’ve ever met and try to prop him up – but what I am saying is that you have FAR MORE ability to influence people than you may suspect. My client is now learning how to enjoy her own femininity and “go home” any time she wants to because it’s ALWAYS better to choose to be at cause rather than at the mercy of effect.

The other thing to remember if you’re trying to build a relationship on chemical attraction only – oftentimes chemistry experiments blow up if you’re not careful. Chemistry can make you feel good in the short term but over time, it becomes more and more combustible and makes a terrible base. It’s much better to have a stable base and develop chemistry from there. It CAN be done.

The other downside of the bad boy

There’s another reason why things never seem to work out with the “bad boy.” The kind of man she thought she wanted is also the same kind of man who knows he has options. He’s usually quite experienced with women BECAUSE he’s a player. You have to ask yourself which came first, the chicken or the egg? Is he good with women because he’s a player or did he become a player because he’s good with women? Some of these men have even learned their skills because they have been schooled in the ways of the PUA Community…also known as Pick Up Artists. I tell you this only to let you know the facts. These guys even refer to what they do as “The Game” so as long as you’re playing it, you might as well know the rules – and if you didn’t make them up, assume they’re not in your favor. Bottom line: make better choices and operate by your own rules.

The second challenge I heard my client reveal in about 60 seconds (that’s how fast change happens sometimes) is that she is over-relying on the game-playing to find out if he will call her on her bad behavior in order to “put her in her place” and “not let her get away with her crap.” Simply put, the only way she’ll know if he’s up for that is if she tests him. I find it fascinating how many women would say (especially in a dating profile) that they’re tired of “playing games” yet they think nothing of these little “tests.” Ironic, isn’t it? By the way, that’s also what we might call a “blind spot” if you’re keeping track.

In defense of games and tests

Now I’m not saying you shouldn’t “test” your partner. The fact is – you always will as long as the feminine’s number one need in life is to feel “safe.” Actually, there’s no other way to find out how safe you are – unless, of course, you test it every now and then. That being said, you can OVER-RELY on the little games….and just so you know…most men tire of that game quickly and will shut down for good. So be warned…and be smart.

Now that my client is noticing some of her self-sabotaging behaviors, we are rapidly and very effectively changing those with new awareness, more clarity and better habits. In fact, in just 2 sessions, she was ready to go back and repair a situation she had really messed up due to her own self-sabotage with a very good potential partner. The good news is she was able to do it and let’s just say, now she REALLY has his attention and is “in his head” thanks to the way she handled it. Time will tell if she makes it from there into his heart…or if he wasn’t really a good match anyway.

What is it that you don’t yet see?

If you want to reserve a time to talk about a challenge you’re having or how you might be sabotaging your relationship, I offer a free, no-obligation, consultation while my schedule allows. It may be just the thing that turns it all round…so reach out if you’re tired of making the same old mistakes and ready for some new options. I’d be delighted to help.