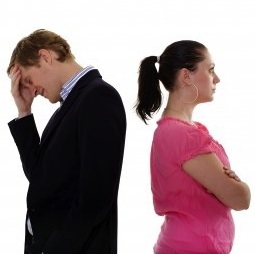 I was speaking with a client just the other day who wanted to refer a friend who had just gone through a very difficult breakup. While she was explaining the situation to me, my client brought up a story about some mistakes that she, herself, had made in her younger years. I was really impressed by her candor when she confessed to how she used to try to rescue men who were troubled…even relating a story of how she “stood by her man” to no avail when his double life landed him in jail.

However, I was even more impressed with her next revelation because her level of vulnerability and self-awareness were absolutely stunning. She confided that now, years later, she could look back and see that at the time, she was basically living out the “world view” of a hurt little girl inside a grown woman’s body. That’s because her parents divorce had affected her so much, she was committed to “showing her mother” how to keep a relationship together no matter what…even if it was a fatally flawed relationship from the start. Can you see how that deep scripting kept her stuck in the wrong relationships for years until she learned some very hard lessons?

You can’t believe everything you think

It took my client years and many hard lessons to discover the wisdom she now possesses. Now in her mid-40’s, she’s single again…but she’s a much healthier woman who makes better decisions. That being said, through coaching, we have detected and worked through some other limiting beliefs that have done nothing but hold her back. The fact is, the very things that hold you back the most are the ones most hidden from view in your “blind spots.” With coaching, you have an objective 3rd party on your side who knows where to dig to find the gold. It’s not that we have all the answers…but we do have some really powerful questions that will reveal the answers within you.

I’ll give you another example. Just today I spoke with a brand new client who had been married twice before. When I asked her how she felt about being married she put a smiley spin on it and said she didn’t have a great need to ever do it again because she had “been there and done that.” She even made a joke about approaching “Elizabeth Taylor-territory” – a reference to the famous movie star who was married seven times. While I can certainly appreciate that viewpoint, it was also clear with the smallest amount of further questioning that this lady had some deep, un-noticed and unspoken reservations about how her past choices reflected on her ability to make future choices. (By the way, for those reading along at home, the past definitely does not equal the future…if you are smart enough to learn from it).

In other words, that single, invisible and un-noticed belief…which is protected by her good sense of humor…was more than enough to cause her to self-sabotage herself again and again whenever someone seemed to have any amount of “potential.” Can you see it? Plus when you add that to her underlying self-esteem issues that pulled her dating standards far too low, it was clear that this very attractive and good-hearted woman was in for a world of pain when it came to relationships. In essence, her blind spots were making her “jerk bait” and every single failure only brought her standards and expectations ever lower. I wonder how many of you may be able to relate?

How much time can you afford to waste?

As I’ve demonstrated, you are doomed to repeat the same painful lessons of your past over and over again – until you learn from them. If you or someone you know has been struggling for some time in the area of relationships, the chances are very good that they haven’t yet identified the root of their issues and without some sort of intervention, that pattern is not likely to just spontaneously change. The beauty of coaching is that you will get a new perspective on old issues from someone who’s trained to zero in on the problems and help clients to “correct and continue” – always moving forward.

Why wait when you can enjoy rapid transformation?

If these examples I’ve just given make sense to you, that should give you a good idea of just how fast change can actually happen. In the time it took to read this short blog, two beautiful and really wonderful women had breakthroughs that were absolutely life-changing to say the least. In just moments, we literally saved them what could have been years of struggle with the wrong partners had they not done the work. The good news is that our work together created all new possibilities for them that did not exist previously.

The first breakthrough’s on me

If you want to set up a free one-on-one call or Skype session to discuss your situation, contact me to schedule it. I guarantee you’ll come away with some major value that just may change your life forever. Or you can continue to do what you’ve always done and get the same results you’ve always gotten. The choice is up to you….just as it’s always been. If you want better options, you may want to make a better choice.