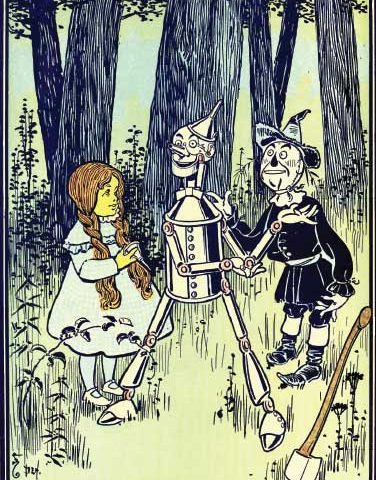 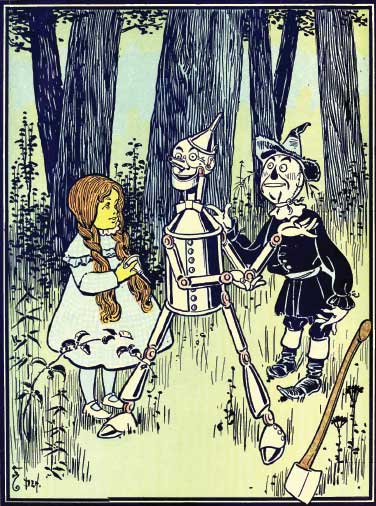 How one classic story can help YOU create a new, more compelling story

Not long ago, I realized quite by accident that my wife had never seen probably the first and most classic “personal development” movie ever made – and we love great PD movies. So naturally, I had to rectify that. The film I’m talking about is “The Wizard of Oz” widely reported to be the first color film ever shot when it was made in 1939. (Perhaps the best year ever in the history of motion pictures because a film named “Gone With The Wind” was being shot simultaneously).

If you’ve never seen it, click away now, and I highly recommend you make it a point to see it. But since I’ve waited 76 years since its release, I think most people have had a chance to see it so I’m going to talk about the plot in making some key points that still apply to you and your life today.

Our story opens with a young girl in rural Kansas around the turn of the century living with her aged aunt and uncle on a farm. She has a traumatic event when an evil “witch” of a neighbor accuses her beloved dog, Toto, of biting her and tries to take him away and have him killed. This leads her to dream of a magical world somewhere over the rainbow where she can’t get into any trouble. This turns out to be foreshadowing because in no time at all, a sudden and violent twister or tornado symbolically rocks her entire world and changes life as she knows it. The house she’s in is literally uprooted from its foundation and sent hurtling toward the unknown…and she awakens in a strange land called Oz.

We’re Off To See the Wizard…

Once there, Dorothy once again innocently ends up on the wrong side of an evil witch who suspiciously looks a lot like her old neighbor back in Kansas who wanted to kill her dog. At that point, Dorothy realizes she just wants to go back home because in hindsight, maybe it wasn’t so bad after all. A good witch named Glinda gives her a magical pair of ruby slippers said to keep her safe…but they also keep her at risk because the Wicked Witch pursues her relentlessly to get them. Glinda then sets her off on a journey or quest to see the one man in all of Oz who can help her get back home…the wonderful Wizard of Oz. She’s counseled to “stay on the path” also known as the Yellow Brick Road and sets off toward the unknown.

Along the way, Dorothy meets up with a strange cast of characters who end up on the journey with her so they can also be helped on their quest by this wonderful Wizard. She meets an awkward and uncertain scarecrow who thinks everything would be better if he only had a brain. Next she meets a rusted tin man who sees his limitation as his lack of a heart so he joins the pilgrimage. Finally, the trio gets accosted by what appears at first to be a fierce and scary lion but once they stand up to him, he is revealed as a coward whose false bravado is nothing more than an overcompensation for true courage. As you might expect, all four of them (and her little dog, too) go looking for this magical wizard who can help make their dreams come true…all the while being pursued and targeted by the wicked witch.

To Make A Long Story Short…

Of course we all love a happy ending, but among the many lessons we can ALL take from the Wizard is that life is not about the destination or events that occur around us, it’s about the JOURNEY that defines us…

• It’s about the stories we tell ourselves about who we are…or what things mean…or why we can’t…or more importantly, why we CAN.

• It’s about the fact that who we surround ourselves with on our journey profoundly influences our experience and makes a huge difference in the quality of our lives.

• It’s about the fact that whether it’s a relentless, wicked witch we fear…or insecurity…or vulnerability or anything else for that matter, what we fear or avoid will keep showing up over and over again in some other form until we conquer it “for good.”

• It’s about the fact that no matter what the goal – or the obstacle we face – the right combination of brains (wisdom), heart (love) and courage will pretty much solve or handle any challenge. In fact…it often allows us to do the seemingly impossible.

• Lastly, it reminds us that while a great wizard (or coach) can ultimately make a huge difference in unlocking potential, the real moral of the story is that the answers almost always lie within you or are available to you.

I recently used a form of “Wizard of Oz” therapy to help a client who was dealing with a huge invasion of privacy by her mother whose long history of mental abuse and controlling behavior has been the root of many of her challenges. We’ve made tremendous progress in our work together and fundamentally changed the relationship forever but there are sometimes many layers in transformation that evolve over time. By helping her access just the right combination of wisdom, love and courage, my client had all she needed to successfully set a powerful and effective boundary with her mother that for the first time ever resulted in her mother’s contrition instead of the kind of relentless and terrorizing outrage that kept her in fear of the next outburst. For decades, my client has wished and tried to change her mom without success…yet now that we’ve fundamentally changed MY CLIENT…well, as you can see…her mother has shifted.

So my question for you is: what could you shift forever by just accessing a little more wisdom…a little more courage…or a little more love? Whether it’s attracting a relationship, transforming one, creating a dream, or even healing a trauma, it really is a powerful magical formula…how would you use it?