What Happens When Emotion Is Faster Than Reason?

The Secret To A Fulfilling Relationship

How To Make Your Relationship A Masterpiece

What Happens When Emotion Is Faster Than Reason? 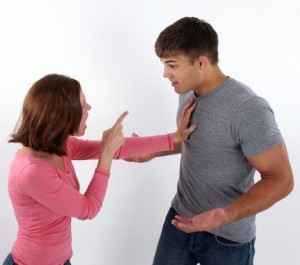 Sometimes triggers get fired when we least expect them…

Recently I got a call out of the blue from a client I had worked with some time ago. When we first started working together, he had just gotten back together with his ex-girlfriend, with whom he also had a son. Part of the reason we worked together was that he wanted to do everything right this time – because their relationship ended the first time when he was caught cheating.

It came without warning

By all accounts, things had been going very well. They even got engaged several months ago and it seemed like smooth sailing – until “it” happened. One night, as he was on the computer, his fiance walked into the room. Apparently he clicked off of a window just as she came in and it fired off a very old trigger in her. He was still shaken hours later when he called me to tell me what she said. “What, are you looking for your next girlfriend?” she said in a very icy and sarcastic tone.

We call what happened there an “anchor.” Essentially, anchors are an emotional response to a stimulus that are set in a peak state of some sort. Once they’re set, they can lie dormant for years…until something fires one off. Because his fiance found out about his cheating years earlier and did not confront him at first, she had a heightened sense of awareness of what he was doing when he was on the computer. As she saw that behavior and kept quiet about what she knew, resentment built…which created the peak state where an anchor can be created. Then, years later, that original stimulus of appearing to be secretive on the computer, fired off that anchor in a big way.

So what do you do now?

Although it felt like he was awoken from a peaceful sleep by a punch in the face, I’m really pleased to say my client handled the situation quite well. In addition to reaching out to me for support, he also used the situation to open up, be vulnerable and go deeper. By seeing the sense of betrayal she felt with brand new eyes, he came away with a deeper and more profound understanding of what he created. Perhaps, best of all, he didn’t get angry which was his old pattern…he just saw the situation through her eyes and recommitted to maintaining the newfound trust he had earned.

Has this ever happened to you?

Many times, old anchors get fired off without warning – and it’s even more shocking when you’re on the receiving end of it – and you didn’t even create it. Imagine what it’s like to be unjustly hammered out of nowhere due to something someone’s father said or a previous girlfriend did years or decades earlier? Sometimes it happens, and when it does, just remember that the gift of a beautiful relationship is that it’s a chance for two people to heal one another in ways that wouldn’t be possible any other way.

How to handle it next time?

So if you ever find yourself in a similar situation with someone you care about, consider doing what my client did. Despite the shock and pain of being accused of something he didn’t do, my client did some really great things that demonstrate the level of personal growth he has achieved. For starters, he accessed his resources and got a perspective check by calling me. Then he also resisted the need to get defensive or angry due to being unjustly accused. Of all the things he did well, the one I like the most and made me the proudest was when he got out of him and into her. (Obviously, if the roles were reversed, ladies, you would get into him & experience it through his eyes).That alone is a HUGE game-changer and today, their relationship is even stronger because of it. My theory is, if you’re going to have a disagreement, you might as well make it a productive one.

Let’s discuss your specific situation and how I can help you further. Please contact me for your free laser coaching session at 443-858-7129.