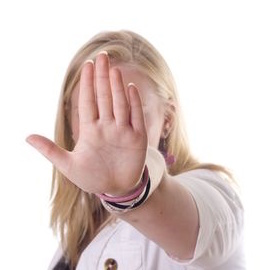 Recently, I got the most amazing 5-star review from a woman named Romina on Amazon for my book, The Catch Your Match Formula.™ She did a phenomenal job of using my book to recreate her dating profile and her results were truly outstanding. Basically, after not having much luck with online dating for nearly a decade, she got more solid candidates in 2 weeks after her revision than she had ever gotten in her previous ten years of online dating experience! But don’t listen to what I say about it; check out what Romina had to say in her own words:

Wow!! I just have to say that this book is brilliant!! I mean that!! This book helped me write a profile that is not only aligned with who I am but also helped me get more responses than I have gotten in almost 10 years of previous on line dating experience :)) It’s mind blowing!!

I got more response now at 44 than back in the day at 34 and it’s not because of my looks!! I’ve always looked like this. It’s because of what I wrote!!! I think we are so self conscious of our physical appearance that often forget that what we say is even more important then how we look.

People don’t realize what a difference this makes!!”

Although I was truly delighted by her huge success, I could not help being intrigued by what EXACTLY was “the difference that made the difference” for her. I gave it some thought and set up a follow-up chat to ask some questions. Since I’ve known her socially for a few years now, I had a theory about why her profile exploded but I wanted to check my hunch with her. She’s an attractive woman with a great deal to offer any man but like many of my clients, the area of relationships is that one area of her life where things just aren’t quite “going to plan” or how she hoped. So after asking her why she thought the profile was so successful, she threw out a few guesses but none of them resonated with me as the true reason. That’s when I asked if I could throw out my hunch, and immediately there was a moment or two of silence on the other end of the phone. Simply put, she was stunned that my observation didn’t even occur to her…but as soon as I said it, she knew it was absolutely true and undeniable…

The hard truth was that Romina was “too hard” in her interactions with men. She had on a tough girl mask over top of a very tender heart because she simply didn’t want to be hurt or vulnerable. As we discussed it further, I got even more information I didn’t know and it all made perfect sense. She had come to this country as a young girl, leaving behind a tough existence and arriving with very little money and no command of the language at first. She didn’t have a car either and had to walk daily back and forth for miles between the two jobs she worked to survive as an immigrant. Basically, if anyone has ever had a damn good excuse to “toughen up,” this lady had one.

Breaking Through To The Softer Side

The reason Romina had such an unbelievable response IMMEDIATELY to her revised dating profile was that she paid close attention to what I was teaching in my book. Basically, my book is written from the perspective of a Relationship Coach and former advertising copywriter and the reality is that dating profiles are absolutely an advertisement. Simply put, I gave Romina permission to let the softer side of her come out to play. (That’s why it felt so ‘aligned’ with how she sees herself). As a result of the exercises we did, she had excellent clarity about who she was, what she wanted and she felt safe to follow the example I set out in the book. Clearly…it worked. And it worked great!

Do you remember this?

As a student of advertising from my previous career, I shared a great example of a successful ad campaign from the early 90’s that “rebranded” a huge national retailer that was well known for its “tough side” that included an excellent line of tools, appliances and other hard goods. That retailer was Sears and in 1994, their agency conceived and executed a very effective campaign built around “The Softer Side of Sears.” They literally said, “yes, you know us for Craftsman tools…and now hardware has a softer side…the softer side of Sears.”

Take a look at the commercial:  https://www.youtube.com/watch?v=czqRTFsVgY0

That’s literally what happened with Romina. We toned down that hard shell exterior and my book gave her permission to showcase her softer side and by all accounts, it’s been a phenomenal success. So I’m curious…if you see any part of yourself in my story about Romina’s experience, I invite you to reach out. I can give you some tips on how to feel safe without the tough outer mask that hides the best of you.