Science Says One Good Turn…Will Keep You Together

Are you ready to learn your lesson?

Science Says One Good Turn…Will Keep You Together 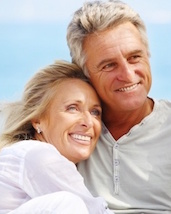 Why One Good Turn Really DOES Deserve Another

You’ve probably heard the old maxim that “One good turn deserves another” but what you might not know is that ancient piece of wisdom was first recorded in the year 1400! Basically, this well-known axiom defines what we also call “The Law of Reciprocation” which means that when one person does a favor for another, there is a powerful inclination by both parties – and even an expectation – that the receiver should “return the favor.”

Despite the fact that this observation has been around for SIX CENTURIES, it remains just as true today as when it was first recorded! In fact, world renowned psychologist and researcher, Dr. John Gottman of the Gottman Institute, has taken it to another level using scientific observation and testing. A brilliant observer of human relationships, Dr. Gottman’s claim to fame is that within 5 minutes of listening to a couple discuss a disagreement, he can predict which couples will make it and which couples won’t with a 91% level of accuracy. Simply put, there’s about a half dozen key indicators that tell the tale including what he calls the Four Horsemen Of The Apocalypse. These behaviors are so toxic and corrosive, they almost always eventually turn fatal and they include criticism, contempt, defensiveness and stonewalling. I really urge you to avoid those behaviors if you want to keep your relationship intact.

Dr. Gottman also made another fascinating observation. He noticed that couples routinely make requests for connection when relating which he calls “bids.” Basically, when one partner brings something to the attention of the other, Gottman gauges the response they get as another key indicator. The way he describes it, the partner whose attention has been sought has two options in how they can respond. They can either “turn toward” their partner and acknowledge the communication and intent as valuable or they can “turn away” instead by ignoring, belittling or minimizing the value of the communication. This is what I was talking about in my headline above where I said “one good turn deserves another.” When respect and appreciation for one another are paramount, both partners tend to reciprocate.

I’m working with a couple that has some challenges in their relationship. There have been some huge financial challenges that are being overcome but it’s led to an imbalance of power and some damaged trust. In addition to the huge emotional strain on their marriage, they’ve also developed a reverse polarity of sorts. While the husband has done a good job of providing through some very challenging times, the wife has decided to start her own business. One night, after work, the husband arrived home to see his wife on the couch working on a blog for her business. While preparing dinner in the next room, he called out to share something that he knew would make her smile but instead of the response he expected and wanted, he got a stern demand to not bother her while she was writing. Needless to say, this didn’t exactly get their evening off to a good start and it perfectly demonstrates the point that Dr. Gottman made.

Where do you turn when there’s trouble?

On the one hand, I hope you’ll turn to me if you ever need some relationship help. However, for the purpose of this blog, I want to remind you that it’s important to turn TOWARD your partner. In the scenario above, the wife very definitely turned AWAY from her husband…while his impression was that she absolutely turned ON him. The key here is that in addition to sharing some information he thought would please her, he was also hoping to connect with her after his workday and receive a sign of interest or support. Instead, he got a bruising and belittling dressing down. In this case, he received overt hostility – which is the worst kind – while in other cases, the hostility is more covert such as missing the information altogether, ignoring it, grunting in response or minimizing it.

Even when a specific situation may seem meaningless or trivial, it can actually reveal a lot about the health of the relationship. If you disrespect your partner’s communication, it’s a clear sign that you’re also disrespecting them at some level. As the saying goes, “what you do in one thing, is what you do in everything.” When you ask the question, where ELSE is this dismissive behavior showing up, it’s often lurking all over the place in plain sight. The good news is my clients are making excellent progress in turning this around and if I can help you with a relationship issue of your own, I’d welcome a chance  to chat with you about it; my gift to you…