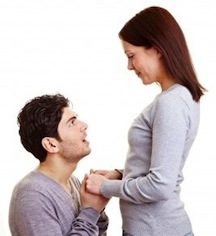 Here’s a fascinating little discovery I made very recently that even kind of took me by surprise…and I do THIS for a living!

I always like to share ideas or stories in my blogs that will provide value for my readers and leave them with a brief “nugget” they can take away and use to get better results in their own relationships. Well, this week, instead of sharing a story about one of my clients, as I frequently do, I want to share a little “ah-hah” moment I had in my own relationship.

It Came Out Of Nowhere…

Katrina and I were talking about something she had done (I don’t even remember what it was…it was that minor) and she uttered six, little, magic words that literally felt like nirvana to me. These words actually stopped me in my tracks, made me back up, de-railed my train of thought and brought a huge smile to my face. In fact, it was so great…I playfully asked her to say it again! (Alright…I got her to say it “several” times). Know what she said?

“I just want to please you”

That’s right! “I just want to please you.” Guys….can you imagine how great that would feel to hear your woman say that and actually mean it?!?! That was the best part actually. Now I’m not sharing this to brag in any way; I really do think there is a nugget here so hold on for it. The beauty of it for me was that it was just said kind of “matter-of-fact” – it definitely wasn’t subservient or submissive in any way. (Believe me…that’s definitely NOT my girl’s style. lol). And it also wasn’t said in a sarcastic way, either. That’s what stopped me in my tracks…there was just a simple genuineness about it that was really sweet. It was the epitome of the feminine gift…because it was simple nurturing at its essence. That’s why this simple “love offering” just cut through and really registered with me like a bullseye in the heart. So of course, I did what any man would do in such a beautiful “magic moment” – I playfully asked her to repeat those words about a dozen times. 😉

At This Point, I Still Haven’t Grasped The Significance Of This…

Katrina and I “get” the idea of polarity VERY WELL and we play with it so this was not really unusual. She kindly humored me and repeated those beautiful words a few times. Oddly enough, there was a part of me that expected her to dig in her heels and refuse to participate in my little game (now that’s more her style. lol)…but she did it gracefully as we played with it. Then she said something to me that actually kind of blew me away and helped me wrap my head around polarity in a whole new way…

I Wonder How Many Ladies See This Coming?

As wonderful as I found it was to hear those beautiful words…Katrina said something I never would have expected. She said:

“You know what’s funny? If you had said those exact words to me…I would have found it absolutely repulsive.”

Woah! That knocked the playfulness right out of me and actually took a minute to sink in as I digested what she said. It was then that I had a whole new understanding of just how unappealing it is for a woman to have a man who is a pleaser.

Yes, I have to admit and own it: I have been known to be a pleaser in the past but I’ve come a very long way…and I have to partially credit Katrina for that. Of course, the work was mine to do and it was all my own “stuff” so believe me when I say I have total respect for my clients who dig in and do the work on themselves that will free them. I always say that relationships are one of the ultimate teachers of personal development because it is in our interactions with others, that our own wounds, quirks and disempowering beliefs are revealed.

Why is pleasing so repulsive to a woman?

The absolute number one need of the feminine is to feel safe and if that doesn’t happen, there is no connection…there is no attraction…there is no trust. The masculine’s job is to protect and provide. If the masculine is so weak and indecisive that he becomes a pleaser who can’t hold his space, there’s no way a woman can respect that. At some level, the feminine will test a man to see if he is present and strong at his core. If she can push him around and knock him off his center, she is not safe with him. He can’t be trusted and polarity goes into reversal.

So what did we learn here?

I hope my little scenario helps to give you a whole new – and deeper – appreciation for the perfection of polarity. It really is a perfectly designed system. Those who understand it well will absolutely have the ability to bring out the best in their partners. Those who don’t understand it well will be forced to tolerate the worst from their partners.

As always, I’d love to hear your comments in the space below!