How To Have The Hard Conversations

What Sets You Free Will Also Keep You Together.

How To Have The Hard Conversations 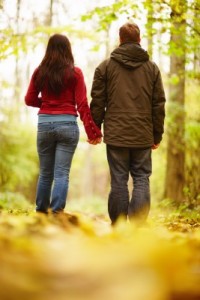 Here’s A Great Way To Break The Ice Without The Frosty Response. Introducing “The Win/Win Request”

Have you ever had a time when you needed to have a conversation with your intimate partner about a serious situation…but you were afraid it was going to start a fight? Or maybe you’ve found yourself ignoring an issue and grumbling to yourself while keeping your mouth shut in order to keep the peace? If this sounds familiar, allow me to make a suggestion…there is another way.

You may have heard that it’s not always what you say, it’s HOW YOU SAY IT. That is absolutely true and an important distinction to keep in mind. It’s also important to begin with the end in mind and work to frame your conversation in solvable terms. That’s going to take a little strategic consideration before you just blurt out a complaint. Remember, this is about resolving an issue, not ripping one open and beating it to death.

Do You Want To Generate Heat..Or Light?

The number one thing to remember is that whenever you make a complaint that concerns another person in some way, there is a natural tendency for them to get defensive or even fight back. It’s a primitive response known as “fight or flight.” We all have it so since it’s so predictable, it’s best to plan ahead…and disarm it before it even happens.

The Art Of The Pre-Frame

Before you launch into a sensitive topic, you have to introduce it in a way that lowers resistance if you want to have a good conclusion. That’s why it’s critical to lay the groundwork for successful resolution up front. Here’s an example of what that might look like:

“Honey, when you get a chance, there’s something I’d like to speak with you about that’s concerning me lately… it’s probably just my own little quirk…but there’s something I realized about myself and I wanted to discuss how we can make this a win/win for both of us. You’re not in trouble…and it’ll only take maybe 15 minutes to discuss. When would be a good time for you to have that conversation?”

The Science Of The Pre-Frame

Can you see how a pre-frame like that can open up a constructive dialogue without triggering fight or flight? Now this is not a specific script; it’s just an example you can feel free to use, but also paraphrase for your specific situation. Let’s de-construct it line-by-line so you understand the reasons behind it.

“Honey, when you get a chance”…opens with a pleasant (or at least neutral) term of endearment and gives the listener the ability to prepare and set the timing on their terms. It prevents the appearance of a “sneak-attack” and reduces defensiveness.

“it’s probably just my own little quirk”…by taking some ownership of the situation, it again lowers defensiveness and opens up dialogue.

“I wanted to discuss how we can make this a win/win for both of us”….by saying that you know the resolution NEEDS TO BE a win/win scenario, you signal that there’s a benefit in it for your partner as well.

“You’re not in trouble”…again; this is self-explanatory. No one wants to walk into an ambush.

“it’ll only take maybe 15 minutes to discuss”…by pre-framing the amount of time it may take, you give your partner an ending in sight. (This is especially helpful for the masculine who typically has a shorter attention span and dislikes long, drawn-out, emotional confrontations). Important note: if you say a time, be sure to stick to that time and once it’s up, ask when would be a good time to return to the discussion after they’ve had some time to give it some thought. Wait for them to suggest a time…just commit to returning to the topic at the agreed-upon time. This is critical. You have to honor your word in order to keep the door open for future “win/win requests.”

“When would be a good time for you…?” again, this puts the other person back in control and pre-supposes the talk will be “a good time.”

Now obviously, if you’re going to go to this much trouble on the pre-frame, you don’t want the next thing out of your mouth to be a direct accusation. That would end in disaster. Always frame the issue with an assumption that your partner WANTS to please you if they can. I’ve said it before and I’ll say it again, people are actually wired to want to please their partners if at all possible.

I hope you can see how much more effective it can be to resolve an issue when you make a “Win/Win Request.” Even the name makes it sound appealing. Who would refuse to honor a request that leads to a win/win for themselves as well?