Are you making this big mistake that damages relationships?

What happened to the sweet, romantic guy I married?!?

Living The Life Of Your Dreams Starts TODAY

Are you making this big mistake that damages relationships? 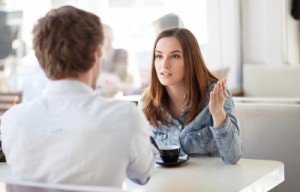 The problem is so common, psychologists had to create a term for it – I call it a relationship killer.

There is a habit that is so common and pervasive in human relationships that it has its own name. Even though you may not have heard of Fundamental Attribution Error or even know what it is, I can tell you this: you’ve probably not only been a victim of it many times in the past – you’ve also done it to others on many occasions as well.

So what is Fundamental Attribution Error?

This Study Proved Fundamental Attribution Error Is A Lie

If you want a great example of a commonly-accepted assumption that is untrue, look no further than the term “controlled dangerous substance.” These substances, including narcotics and pain relievers, are legally kept under tight control and allowed to be dispensed only by highly trained professionals. Ironically, studies have shown conclusively that people who are allowed to administer their own dose of narcotic during medical treatment actually give themselves less than when a nurse provides it. How is that possible? That’s because when you empower people with the awareness to make good decisions – and make them responsible for an outcome (which in this case, is not getting addicted to the substance) – the studies show that the individuals who bear the responsibility out-perform the top-down, organizational control approach.

As you can see by the prior example, sometimes we need to step outside of our own biases and beliefs in order to re-examine what’s really true. Oftentimes, our fears and assumptions absolutely fly in the face of truth and reality – and that is a real danger. When we routinely let our fears run the show and steer in the direction of what we fear – rather than what we want – we soon realize that we’ve actually created the scenario we feared the most because we spent so much time focusing on it in the negative. The deeper problem is that this isn’t just a random accident. It’s actually highly predictable – and at the same time, preventable, with a different course of action.

If you see yourself in this post and recognize that your behavior may be influenced by FAE run amok, the good news is that it is possible to change. However, it’s going to take a committed and concerted effort on your part in order to break what has become a habitual pattern of behavior. It might even help to get some coaching.

Great Relationships Are A Matter Of Habit

The first place to start is to ask a better question. Rather than focusing on what you’re afraid of, I would suggest you ask the question “what is it that I really want here?” or “how am I committed to showing up?” In other words: “Begin with the end in mind.”  This is the 2nd habit covered in Stephen Covey’s breakthrough book called “The 7 Habits of Highly Effective People.”

In fact, if FAE has been an ongoing problem for you, I highly recommend reading the entire book if you’d like to learn how to better manage all your inter-personal relationships. I also want to recommend the 5th habit from that book as well due to its powerful effect on transforming damaged relationships. “Seek first to understand, then to be understood.” Too often, we have that the other way around where we are too pre-occupied with controlling someone else and getting our own points across. This simply doesn’t work.

These new habits and skills are a great place to start if you want to improve your relationships. Of course, coaching is also a very valuable tool when it comes to getting a better result in your personal and professional relationships. Coaching will help you greatly compress time and improve your effectiveness because it will help you get a proper perspective and learning important new skills in a systematic way. It will also give you the accountability it will take to begin integrating them in a manageable and effective way that gets results. If that seems like a lot of work, it’s a lot easier than routinely blowing up your most important relationships and being forced to start from scratch again and again. If you have any questions or want some further guidance, let me know if I can help in any way.