You’re Either Victim – Or Victor. Why You Can’t Have It Both Ways.

When It Comes To Great Relationships, Success Leaves C.L.U.E.S.™

How do you trust again after heartbreak?

You’re Either Victim – Or Victor. Why You Can’t Have It Both Ways. 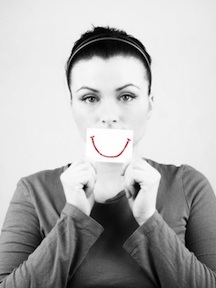 We all have disappointments and hurts in life: Things that didn’t work out. People that let you down or hurt you. Goals that haven’t materialized. The thing is – nothing has any meaning except for the meaning you give it. Those who develop the skill to find the empowering meaning no matter what happens – and it IS a learned skill – will have a higher quality of life, greater resilience and even appear “luckier” than most. However, it’s not that they’re necessarily lucky. It’s that they live with an attitude of gratitude that helps them keep plugging away no matter what happens. Coincidentally, that’s the not-so-secret formula for success. Never. Give. Up.

You have a choice to make

Recently, I helped a client create a huge and life-changing breakthrough by taking on one new distinction that changed EVERYTHING. My client had done quite a bit of work on herself but she had some stories and disempowering beliefs about her past that were absolute sabotage to her future success and behavior. While she claimed to have “gotten past” some old wounds and hurts, she was totally resistant to the idea of forgiving the people who had hurt her because that “would somehow make it okay.” Perhaps you have a similar belief? If so, I highly suggest you pay attention to what I am about to say.

Why you can’t have it both ways

There are only 3 positions of influence in this world and you will always be in one of them whether you know it or not. It’s kind of a natural law and ignorance of the law is no excuse. Here are the 3 positions:

• In a neutral position, you will have “let go” of a great deal of the emotional charge that leaves you “at effect” or at risk of feeling triggered – however, you won’t have the ability or skill to choose how you feel in a moment or use a scenario as “fuel” for an empowered RESPONSE.

• In an inferior position, this is where you get taken for a ride. People will push your buttons and have the ability to own you. Then, when you REACT, you will seldom behave in a way that will make you proud of how you showed up or serve you effectively.

So which position would you like to be in…since you’ve ALWAYS had a choice? Did you even know you had a choice?

Why this is such a powerful breakthrough?

Once it was explained this way, my client went through a series of powerful epiphanies over several days where she finally SAW how she was routinely giving her power away on a regular and ongoing basis. She realized that by holding on to the “victim” role, she was automatically stuck in the inferior position. She saw that by holding on to the hurt that was inflicted at the hands of others who were seemingly “more powerful” than her in the moment, she was totally at the mercy of her own terrible decision. By definition, in that place, she could only feel “less than” someone who had wronged her. Plus that meant that those people who had hurt her were automatically awarded a position of “more than” when they simply did not deserve it.

So where do we go from here?

My client didn’t even realize that just like Dorothy in the “Wizard Of Oz,” she ALWAYS had the ability to forgive, detach and simply just “go home” to a place where she was safe, protected and just fine. Just to be clear, I reminded her – and you – that CHOOSING to forgive is not a gift you give someone else. It is a gift that you give YOURSELF by no longer carrying the burdens of other people’s poor behavior, actions or mistakes.

Don’t take it from me…

If you want to really understand how powerful and life-changing this new realization is…don’t take it from me. Listen to what my client had to say about it:

“So after our call Thursday and through most of Friday, I was fighting within myself.  Trying to convince myself that I had dealt with the events in my past and given them new empowering meanings and that I could move forward without actually forgiving. However when the truth hits you in the face, you can’t deny it, try as I did…

So most of Friday I was having this internal battle – a part of me ready to let go, to forgive and a part of me really holding on tight. Keep thinking why do I want to hold on and knowing because I hide behind it as a reason, maybe the reason, the explanation of why I don’t do things now, why I feel the way I do and then if I let go what happens? If I don’t have these reasons for not doing things, for not creating certain things in my life now then I really have to.  At that point again of once you see the truth, you can’t deny it and knew I was at a choice point – either deal with this and move forward and create the life I want and deserve or know that I am choosing to stay where I am and am settling for this life…

So much realization and growth going on with me right now that all started with our discussion Thursday.  Thursday’s discussion has been one of a few really powerful, pivotal, transformational moments of my life – that already has and is continuing to change so much.  Thank you so much for that – it means more than I may ever be able to express!”