The Power of Masculine Presence & How To Break Through

The Risk In The Reset

The Power of Masculine Presence & How To Break Through 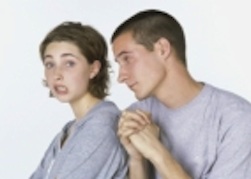 I frequently talk about the power of masculinity and how it’s absolutely critical to creating the kind of attraction where polarity kicks in and “good sparks” fly. Without those dancing energies of masculine and feminine being ignited, nothing happens.

Just this week, I had two male clients who had been getting a little resistance from a potential partner. In both cases, I have been coaching these guys on finding their core, owning their masculine and stepping up in the face of challenge. In both cases, these guys are struggling for one simple reason…their uncertainty comes across as weakness and it absolutely kills any shot at polarity. This week, we definitely saw some results.

“I’m just not that into you”

In both scenarios, my client has been pursuing a partner where there is clearly deep love, respect and appreciation on both sides…but the chemistry is purportedly “just not there” – or so my clients have heard – multiple times. It seems my clients keep hearing or strongly suspect they don’t fit their partner’s ideal body type or looks. Of course, it’s not surprising that feeling this push-back over and over has made my clients react from their feminine…in essence, getting their feelings hurt. Every time that happens, it just reinforces that my client can’t be “the man for the job” – and as soon as they believe that – it’s game over.

Well, this week…I had a chance to talk with one client’s potential partner…and I got a different story. Actually, it was pretty consistent with what I’d heard from my client…right up to the point where I asked “what would have happened if my client had just rejected that old story about not being attracted…and pointed out that there was obviously plenty of attraction there…otherwise, you’d find better ways to spend your time. And then I added that the world is full of rather ordinary people who attract more “attractive” partners due to the sheer force of who they are and what they bring to the table. That was right about the time his partner admitted they did have vey strong feelings for my client but wasn’t ready for a relationship with ANYONE due to their own personal stuff…which is a MUCH different story than the one they’d been telling my client for quite some time. I might point out…that’s a “story” we can work with also…

With my second client, he was getting similar push-back…but he took back his power on his own…and in a very different way. I have been telling him for some time that he has to get this woman off the pedestal he has put her on – and that has happened in a rather dramatic way that changed everything. In essence, he saw a VERY different side of her this past week and I believe her days on the pedestal are over. Now I’m not saying she’s a bad person by any stretch. Actually she seems like a very good person…who sometimes makes mistakes as we all do. My point all along is that you can’t have a healthy relationship when one partner is either on the pedestal – or in the pit. In order to have a healthy and balanced relationship, you have to equilibrate your viewpoint until you see them as they are…and love them for who they are. Something tells me that even though this just happened, my client’s newly recovered power is going to create some very interesting shifts in the dynamic of their relationship. I suspect a lot of his old lap-dog, approval-seeking days will finally be a thing of the past.

When the feminine energy receives attention from the masculine that is unwanted or uncomfortable, she essentially has two choices. In order to feel safe, she can either turn and run – or she can emasculate in order to create space (literally and euphemistically as both of my examples illustrate). Let me be clear, guys – I am not advocating boorish, rude behavior or green-lighting unwanted advances. What I am saying is that no woman opens to potential love until she feels absolutely safe, loved and nurtured. And if a man isn’t strong and certain enough in who he is to make her feel safe…well, then…her story about being unattracted to you…will be absolutely true.