The Risk In The Reset

You Have To Let Go If You Want To Attract Something Better. 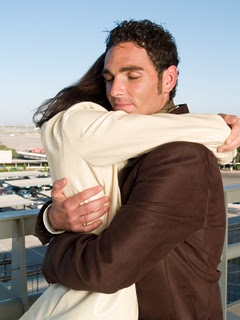 Learn how one couple transformed their crisis into a blessing and went from cheating to healing in just 4 sessions.

I just got a really nice email from a client and I wanted to share it with you because there’s not only some terrific value in it, it’s also a nice, feel-good story. I also love that it beautifully illustrates what’s possible when you combine timeless principles that are always at work with the right strategy and properly apply them.

It all started when I met “Cynthia” (not her real name) at a networking luncheon. As you might expect, when people find out I’m a Relationship Coach, it opens up some very interesting conversations. To make a long story short, Cynthia had discovered her husband was having an affair with a woman at work and she was pretty much at a loss due to all the uncertainty of the situation.

In the coaching process, we discovered how she kind of lost herself in recent years due to a number of factors so we went to work on getting the best of her back. The amazing part of the story is that in just 4 sessions, over several weeks, we got Cynthia back and feeling better than she had in a very long time. I focused her on getting her “light” shining again and we also got her opened up, vulnerable, setting boundaries and even did some work on forgiveness as you might expect.

Where there is love, there is hope

I had a good sense from the beginning that this situation could be turned around but Cynthia deserves an amazing amount of credit not just for the incredible shifts she made…but also for the blazing speed in which she shifted under very challenging conditions. I could tell that her husband, Mark (also not his real name) totally loved her but he felt powerless to get back the woman he fell in love with after she lost her confidence and the beautiful sense of self that he once found so irresistible. The plain truth is, men are drawn toward “the light” of femininity and if it dims at home, they can’t help but notice it elsewhere. By the way, I’m not defending it; just explaining it so let’s hold off on the angry emails, okay? 😉

Now that you have the back story, here’s the critical distinction that SHIFTED IT ALL…again, in just a few weeks. Many ladies will never know how much a man will do for his woman because they fail to understand how men work. The feminine’s number one need is to feel safe at all times and if she doesn’t, she will either retreat or lash out, both of which create challenge for their man. A man’s number one need is to feel appreciated and have his woman be open to receiving his gifts. The problem with Mark and Cynthia was that when she lost sight of her best self, she retreated into herself, shut down and left Mark feeling lost because the woman he was crazy about had disappeared. Not only that, he felt powerless to help her because he simply didn’t know how to get her back. By the way, nothing is more painful to a man than being “powerless” to solve problems because that’s what they’re wired to do. Men who feel powerless in one area look to get it back in other ways so they can feel like they’re “enough.”

In order to create the necessary shifts, I helped Cynthia understand exactly how polarity and attraction work and I showed her that she had everything she needed to turn it all around. As you might expect, when presented with a better offer, Cynthia took it. In no time, Mark was seeing the old Cynthia back again and it got his attention big time. Once Cynthia got “her light” back…she set her boundaries firmly that the affair had to end…and made it known that she could and would forgive the indiscretion. When Mark saw a workable solution open up where none existed before, he jumped at the opportunity to do the right thing…just as I predicted he would. When you add to that package deal “true, radical authenticity” when 2 people just own their stuff and hold nothing back… EVERYTHING can change. But don’t take my word for it. Listen to what Cynthia said…

In her own words:

“Mark and I continue to create new memories…there is a huge difference in how we handle things and we never walk away without hugging, apologizing if necessary, and acknowledging each other’s feelings.  It’s very liberating to acknowledge my own short-comings and hearing Mark admitting his has brought us closer.  I laugh out loud now, and feel joy and peace.  I’ve fallen in love with my husband again.

I will never forget how you helped me not take the road of the victim and instead helped me focus on getting me or “the light” back.  It feels so good to be happy and confident again.  I’ve had some sad days, but it’s nothing like it was before and during the affair.”

The Final Critical Secret That Changed It All

It’s important to note that I never spoke to Mark until after they reunited but in speaking with him, he confirmed all the universal principles at play that I’ve just shared. He was very grateful to have back the woman he fell in love with…and this is the critical secret – when she handled his indiscretion with grace and dignity rather than shaming him as he felt he deserved…Mark knew there was no way he wanted to risk losing an amazing woman like that who was also the mother of his children.From that point, Mark knew he had to – and wanted to – end the affair for good. The key to it all – was when Mark once again “saw the light” in his own wife (which, by her own admission, felt pretty great to Cynthia as well). If you have any questions about how to turn around a relationship at risk, feel free to contact me and I’ll show you how to shift it just like Mark & Cynthia did.