Do you know your value?

Throwing Yourself Down The Steps is not recommended

What happened to the sweet, romantic guy I married?!?

Do you know your value? 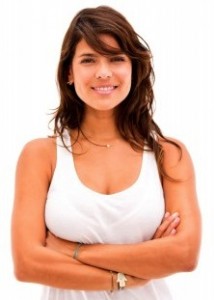 This simple question will not only turn around a troubled relationship. It’ll turn around your life.

It seems like I have so many clients right now whose current challenges all lead back to one unmistakable root. They simply don’t know their own value. In one case, it’s a bullying partner who undermines my client’s self-confidence and very sanity, then blames that insecurity for their challenges while taking no responsibility for his role in the process. In another case, it’s a partner whose serial cheating and blanket denials – even in the face of practically indisputable evidence – border on sociopathic behavior. In another case, it’s someone holding in the unspoken and settling for less than they deserve due to the fear of the unknown and its repercussions. Each of these scenarios would be incredibly different or even non-issues if one or both partners knew their true value. In fact, I even had a situation that popped up for me this week with that very same issue but before I tell you how I handled it, let me ask you a question.
Consider this scenario
Imagine if you were visiting a foreign country. You don’t speak the language. The currency has no distinguishable numbers you recognize; it’s just colored notes with pictures and foreign symbols. Then as you’re walking down the street, you stroll into a local marketplace. It’s loud and crowded. Locals are bustling around everywhere. They dart quickly from table-to-table, all the while speaking quickly, gesturing madly and talking loudly. The bazaar features many interesting items. Then something catches your eye and you want to purchase it. The question is this: would you stand there with a wad of strange bills you don’t understand and just wait as a merchant eagerly snatches bills from your hand? Would you trust him to be honest and count out the correct amount for your item without ripping you off? Or would you get the feeling that you are being taken advantage of as a result of not understanding the value of the currency?

You have GOT to know your value

Just like in the scenario above, here’s the lesson: if you don’t know your value, you are now at the mercy of anyone and everyone who fails to appreciate what you have to offer. That’s because knowing your value, respecting yourself and having a positive self image will prevent you from suffering at the hands of those who would take advantage of you. It is critical that you know your own value and never allow someone else to calculate it for you unless, of course, you’re comfortable with being short-changed. Please don’t misunderstand. I’m not saying it’s okay for jerks to treat good people badly. Karma will take care of them in due time. I am, however, saying that it’s your responsibility to do your own work. If you accept playing the role of “victim” when things don’t go your way, you can’t blame everyone else for your failure to act.

Here’s proof that you can learn from your experiences…

Ironically enough. I even had an experience this week with a potential client who didn’t respect MY value. In essence, he signed up for a coaching package, got the rapid transformation I promise, sang my praises, even gave me a glowing recommendation which I did not request…then asked for a FULL refund since, in his mind, he no longer needed me. He even shamelessly told me he’d come back to me if he ever needed me again (and he will). Ethically, that doesn’t work for me. He had no interest in even a partial payment in order to make our interaction a win/win. So, for the very first time, I refused to ever work with a client again and I told him he’ll need to find himself another coach as good as me. He got his refund – and I got the tremendous satisfaction of knowing that even though I got burned, I respected myself and my abilities enough to never accept a client with ethics like that. While that interaction didn’t feel good to me, I’m very grateful for it because it inspired me to raise my standards, speak my truth and set a boundary. Now instead of a scenario that leaves me feeling used or taken advantage of, I have chosen to take back my power, remember who I am and be even more confident in the value I provide. Even though that man is not my client and won’t ever be my client, I’m confident that we both got the lesson we needed from our interaction.

What if every single human interaction on this earth is nothing more than a chance for you to show up as the man or woman you can be proud of when you look in the mirror? I ask that question because THAT is the secret of KNOWING your value and not putting up with that which would diminish you. You don’t need to be perfect; you just need to be “on the path” and doing the best you can with what you have in the moment. In other words, if you want to KNOW your value, stop worrying about what other people do and stretch yourself to be the very best person you can be and attempt to just get a little bit better every day. I promise – doing that on a daily basis will create a cumulative effect in you over time. You won’t deal nearly as much with people who disrespect you, cheat you or lie to you because you simply won’t tolerate it. Soon you will see yourself attracting other high value people and opportunities into your life…while the other stuff just disappears.