Dave Elliott In The Media -old

Dave Elliott – as seen on TV and in the Media…

The Valentine’s Interview on Direct Connection with Jeff Salkin

What happens when a man’s private “dating spreadsheet” goes viral ???

The Secret To A Happy Relationship

7 Secrets To A Long & Happy Marriage

After A Decade Of Sharing Excellent Dating Advice, DatingAdvice.com And Their 23 Million Users Came To Dave.

Due to his success in helping singles get dates, find love and close the gap between where they are and where they want to be, Dave Elliott & Legendary Love for Life were specifically sought out and chosen to be profiled in a Feature Article on the website, www.datingadvice.com.

Listen to Dave Elliott’s content as featured on the nationally-syndicated D.L. Hughley Show!

D.L. brought a lot of attention to Dave’s work when his co-host Jasmine Sanders featured Dave's article on their afternoon drive time show syndicated on 43 metropolitan radio stations across the US. When you add up D.L's fame as a standup comic, film star, and star of his own TV show “The Hughleys” on ABC and UPN, when it comes to influence, this “Original King Of Comedy” is no joke. 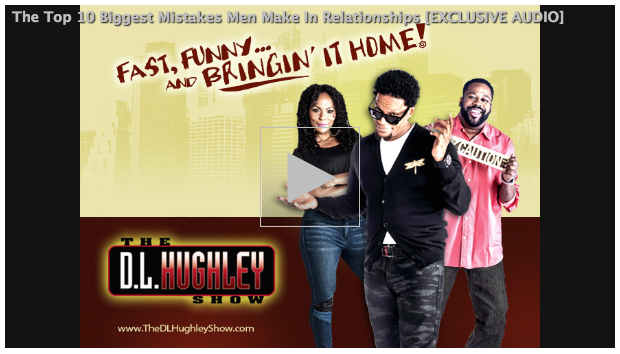 Listen To The Full Show

Thanks to NY Times Best Selling Author and Renowned Syndicated Radio Personality, Michael Baisden, – and his millions of loyal listeners daily in over 100 cities nationwide – a huge number of new followers discovered, liked and shared Dave’s work all over the world. 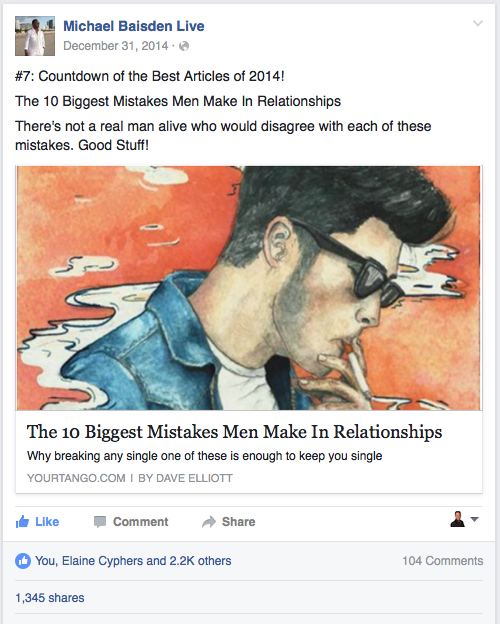 E-Harmony shares Dave Elliott’s dating advice on who picks up the tab with 16.5 MILLION members!

After attracting hundreds of likes and shares on the yourtango.com platform – and a great deal of comments and attention – E-Harmony’s exclusive EH Blog syndicated Dave’s article so they could share his valuable advice with their paying members. 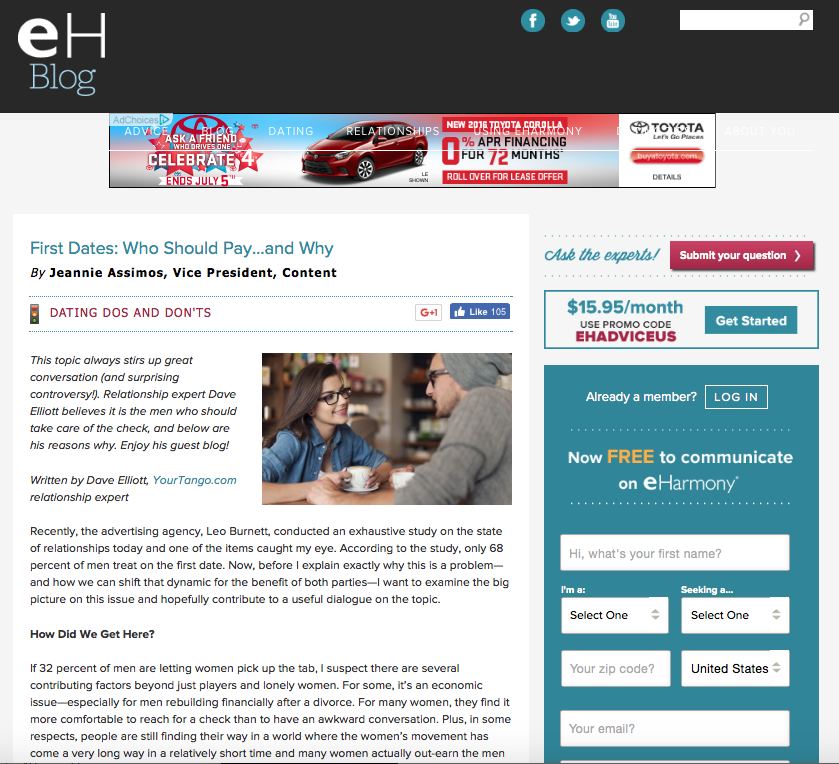 It’s not surprising that Dave's most popular and commonly-shared article was also his number one in terms of syndication as well. This particular article brought a lot of traffic and attention to multiple web platforms. It also crossed-over and generated a lot of talk on national radio shows. 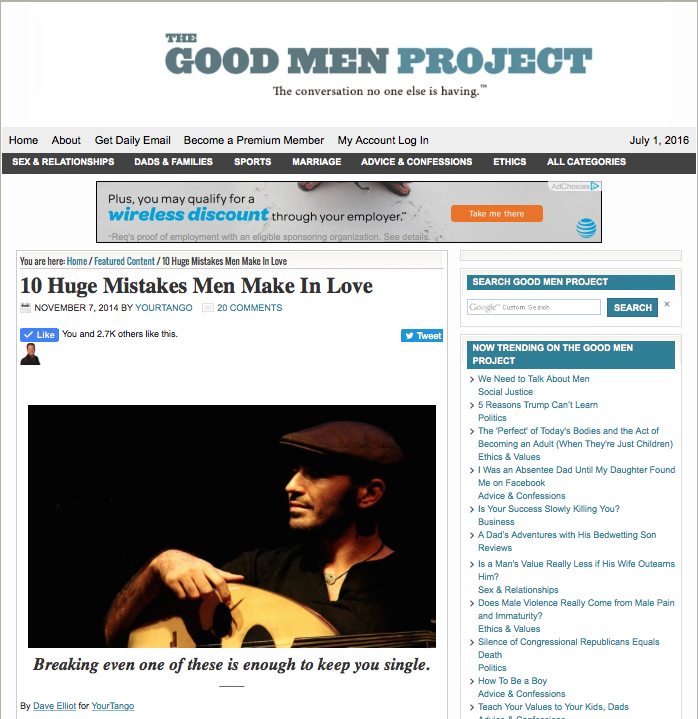 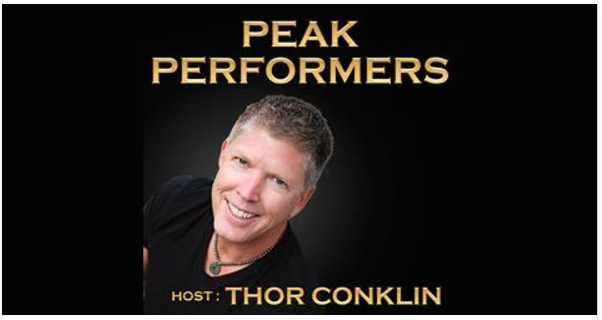 Listen to the Peak Performer podcast by clicking here and here.